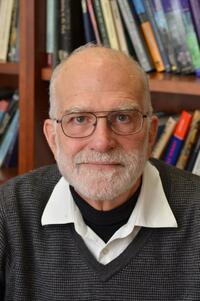 You are a distinguished expert in life history evolution, which links the fields of ecology and evolutionary biology, and in evolutionary medicine.

As a graduate student you wrote the seminal paper on life history evolution, launching a field that proved fundamental to integrating natural history, ecology, and evolution. You recognized that many traits that seemed like species-specific quirks – how many eggs does a bird lay? how big should a lizard grow before having babies? how long does a spider live? – are the results of tradeoffs that are key to understanding biological diversity in a conceptually unified framework. This provided great insight into many questions, but also demonstrated the critical importance of addressing general questions by studying many different organisms, and put new wind in the sails of thousands of biologists with deep organism-specific knowledge. You showed that describing diversity is so much more than stamp collecting; it is fundamental to the development and testing of unifying theories.

In 1983 you moved to Switzerland, where you were the director of the Zoology Institute at the University of Basel. During your seventeen years there, you helped found the European Society for Evolutionary Biology and its journal Evolutionary Biology. In your own research, you turned to laboratory studies of Drosophila that allowed you to manipulate selection and probe a variety of questions about the evolution of life histories. You showed, for example, how selection on a trait in one environment alters it in another environment, and how that increases adult mortality over dozens of generations and leads to the evolution of earlier reproduction and shorter natural lifespans. When you moved to Yale in 2000, you continued to investigate the evolutionary origins and properties of organism tradeoffs. You recognized that the same unifying life history theory developed for wild organisms was directly relevant to understanding the origin and prevalence of disease in humans. This opened the door to many groundbreaking contributions in evolutionary medicine.

Your early history was fundamental to your later excellence as teacher and mentor. Following a Miller postdoctoral fellowship at Berkeley, you joined the faculty at Reed College, where you were denied tenure. Rather than try to suppress that chapter of your career, you often told young scientists about it. You wanted them to embark on their careers clear-eyed, understanding that there would be obstacles and setbacks, but also knowing that what seems like an impenetrable wall can be overcome. This willingness to put your own challenges on a platter for all to see, demonstrates an openness and availability that is a cornerstone of your mentoring.

This early experience also led you to think very deliberately about pedagogy: You were years ahead of the curve with your adoption of online tools for reflective engagement of students in your courses. Your most widely read piece is the unpublished but widely circulated essay “Modest Advice for Graduate Students.” You gave as much attention to undergraduates, most recently serving as director of undergraduate studies in EEB and playing a major role in shaping the structure of that curriculum. No matter who your students were, you always were ready to engage them in intellectually rigorous debate and discussion. You are the kind of professor students long for, remember, and keep in touch with long after they have graduated.

In 2011 the undergraduates of Yale Phi Beta Kappa chose you as their DeVane medalist, praising the excellence of your teaching and your devoted mentorship. Son of Yale, your university takes pride in all of your many contributions. We agree with a former student who once said, in praise of you, “I learnt very much from him - also about biology.”