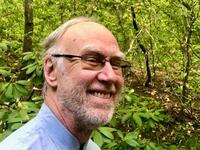 Peter Perdue, B.A. and Ph.D. Harvard University, member of the Yale faculty since 2008: Over the course of your career, you have brought unusual clarity to the study of modern China. To cite one notable example: in 2016, when the Hong Kong student activist Joshua Wong addressed a packed crowd in the auditorium of Luce Hall, one of the first comments was: “No one in China supports the democracy movement in Hong Kong.” You spoke next: “In the total absence of polls and elections, no one has any idea what people in China think about any topic, including democracy in Hong Kong.” With characteristic courage, you expressed a truth about China that very few people would utter in a public forum, and the audience’s conversation with Joshua Wong could begin.

You brought the same approach to your undergraduate teaching. Inspired by a mystery novel that identified the murderer in the first chapter, you proposed a survey of Chinese history that began now and worked backward: China, from Present to Past (co-taught with Valerie Hansen). This allowed you to focus on the major issues in modern China—family size and demography, state control and economic growth, environmental damage, protest and territorial disputes—and explore their historic roots. (This approach succeeded beautifully as a summer class for alumni, too.)

As a proponent of social science methods in history, you have consistently urged us to avoid studying single countries and to make comparisons with other places whenever possible. You have worked hard to persuade your colleagues and students that the Qing dynasty (1644–1911) was an early modern empire that can be understood only in comparison to its contemporaries in England, France, Germany, Japan, and Russia. Additionally, you pioneered the now flourishing field of global history, and demonstrated how exciting new interpretive possibilities arose at the intersection of political and socioeconomic boundaries.

Your knowledge of Chinese, French, German, Japanese, Manchu, and Russian allowed you to tap an impressive body of sources. China Marches West: The Qing Conquest of Central Asia, published in 2005, made the case unequivocally: China’s conquest of Xinjiang during the Qing was a clear-cut example of imperial expansion. This view ran directly counter to the prevailing view within China that Qing China was the victim of European imperialism—not an imperialistic power itself. The book also authoritatively showcased your dramatically different view of the Qing state and military capacity, which drew on Manchu sources in addition to the usual Chinese sources.

You have been studying the classic problems of political economy—the state, its subjects, the economy—since your early work on Hunan province, Exhausting the Earth: State and Peasant in Hunan, 1500–1850, but always with an eye to the natural environment. Your work on government collection of rainfall data and grain prices in Gansu followed naturally. At Yale you partnered with the department’s environmental historians on multiple projects, and you published a book in Chinese that introduced methods of environmental history to a Chinese audience. In all of these projects, you managed, as few other historians could, to merge empirical methods, theoretical perspectives, and historical sources from multiple disciplines into a cohesive whole. These same interests guided your decade-long participation in Agrarian studies.

It’s easy to imagine what you will do in retirement: continue your study of the tango, listen to opera, learn a new language, cycle, experiment with recipes. We hope that you will leave time for two professional activities. First, because you were always the best person to bounce ideas off and to suggest what to read on any field in history, allow us to call you whenever we are thinking about new projects.  And please, whatever you do, keep on reviewing new books because so many of us have learned—and so many more in the future will learn—how to write incisive book reviews by emulating yours.