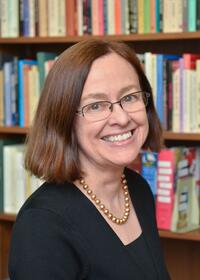 Sterling Professor of Spanish and Portuguese

Rolena Adorno (née Klahn), B.A. University of Iowa, Ph.D. Cornell University, faculty member at Yale since 1996: Your remarkable academic career began in a one-room public school in Cedar County, Iowa, where your German-American parents owned the farm where you grew up. You went to high school in Durant, and at Iowa you learned Spanish and fell in love with the language and its literature. Who could have foreseen that you would become one of the world’s most accomplished scholars of Latin American literature and a Sterling Professor at Yale?

Your post-college path began with a Fulbright Fellowship that took you to Madrid from 1965 to 1966. After teaching in high school in West Hartford, Connecticut, you entered the graduate program in Romance Studies at Cornell, where you wrote a ground-breaking dissertation on Felipe Guaman Poma de Ayala, the Incan historian of colonial Peru. You participated in a definitive edition of Primer nueva corónica y buen gobierno, the massive manuscript that Guaman Poma produced in the seventeenth century, previously published only in facsimile. You also published two books on him, one in English and the other in Spanish, that opened a place for Guaman Poma in the canon of Latin American literature. You would go on to co-edit the digital version of his work in Copenhagen in 2001. You are the most distinguished Guaman Poma scholar, which led the Pontificia Universidad Católica del Perú in Lima to name you Honorary Professor.

Your work spanned Latin American geographically and historically. Your writings on Garcilaso de la Vega, el Inca, the mestizo historian of colonial Peru, and other colonial historians such as Bartolomé de las Casas and Bernal Díaz del Castillo, covered the colonial period. This culminated with The Polemics of Possession in Spanish American Narrative, which Yale Press published in 2007. In this foundational book, which won the Katherine Singer Kovacs Prize from the Modern Language Association of America, you establish the ideological and literary connections of colonial writers from all of what would become Latin America. This book followed on your painstakingly erudite, three-volume edition and biography of Álvar Núñez Cabeza de Vaca’s Account, which won prizes from the American Historical Association, the Western Historical Association, and the New England Council of Latin American Studies. A collection of essays in Spanish, published in Seville, De Guancane a Macondo, displayed your wide-ranging view of Latin American literature as an interconnected whole, reaching from Columbus to Gabriel García Márquez.

In 2003 you were inducted into the American Academy of Arts and Sciences, in 2019 you were the Kluge Research Center Chair of Countries and Cultures of the South at the Library of Congress, and from 2009 to 2019 you were a member of the National Council of the Humanities, appointed by President Barack Obama and confirmed by the U.S. Senate.  In 2015 the Modern Language Association of America granted you its highest honor, the Award for Lifetime Scholarly Achievement, not a periodic prize, but one given very sporadically.