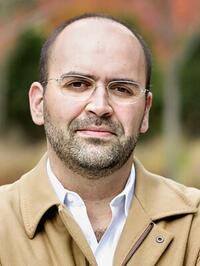 Nuno Monteiro, B.A. University of Minho, Ph.D. University of Chicago, faculty member at Yale since 2009, was a leading expert on international politics and security, and a beloved teacher who died much too young.

At mid-career Monteiro was a highly regarded, award-winning thinker and writer. His first book, The Theory of Unipolar Politics, sought to provide the first coherent theory to explain unipolarity, the condition in international politics when a single state wields unrivaled cultural, economic, and military influence. It investigated whether a world dominated by a single power can last and whether it will generate incentives for peace or frequent conflict. One graduate student noted that having this book discussed by four leaders of the field at the annual meeting of the American Political Science Association was “the equivalent of having the Beatles come together to discuss your new album.”

His second book, Nuclear Politics: The Strategic Causes of Proliferation, which he co-authored with Yale political scientist Alexandre Debs, explores why certain states have acquired nuclear weapons while others, which seemingly would benefit from possessing them, have not. The work combined game theory with a detailed historical analysis to define the strategic circumstances under which a state is most likely to seek and acquire nuclear weapons.

The books were his major contributions but not his only ones. He was well published in distinguished journals and was a frequent commentator on radio, TV, and in print. His article with Matthew Kocher, “Lines of Demarcation: Causation, Design-Based Inference, and Historical Research,” won the Heinz I. Eulau Award of the American Political Science Association in 2017.

Monteiro’s teaching ranged from the undergraduate Introduction to International Relations to seminars on Military Power; Power in International Politics; The Politics of Unipolarity; The Philosophy, History, and Sociology of IR; and more. After his death, dozens of heartbroken tributes poured in from colleagues and students mentioning his intellectual firepower and his rigor, but also his wide-ranging interests, generosity, delight in debate and humor, and especially his attentive and caring nature. Among the comments were “brilliant, generous and thoughtful”; “hilarious and fun to be around”; “the greatest professor that I had at Yale”; “He taught with passion, care and kindness for the material and for every single student”; “His personal integrity and his commitment to the pursuit of truth were manifest in all his writing and teaching”; “I learned more in his class at Yale than I did in any other class at Yale”; “He pushed me to challenge my views and to see things in a new light.”

The comments reflect the way his teaching and mentoring developed from his philosophy of education, which he took the time on his website to explain (a rare occurrence). His site highlights “Advice for Undergraduates” including “Think of your college years from the perspective of your old age— say, thirty-five. What will you regret more from that vantage point?”  and “Advice for Graduate Students,” which includes  “Write all the time. The only reason not to be writing is to be reading in order to write. When in doubt between reading and writing, write.”

One contributor on the Memorial Wall put up for Monteiro at the Jackson Institute pointed out that in the acknowledgments of his second book, he mentioned that he was so indebted to his mentor, University of Chicago Professor John J. Mearsheimer, that he knew he could never pay it back, so he hoped he could pay it forward. The writer commented, “He achieved his promise, now it is time for us to pass on the baton.” Indeed, there could be no better way to honor his legacy.