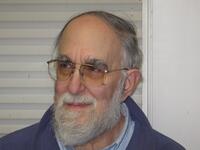 Stan Eisenstat, B.S. Case Institute of Technology, Ph.D. Stanford University, faculty member at Yale since 1971, was an internationally renowned computational mathematician and computer scientist with major research interests in parallel computing and numerical linear and nonlinear algebra. A life-changing teacher, Stan served for many years as director of undergraduate studies in Computer Science. He was fiercely devoted to both the program and its students.

Trained as a mathematician, Stan was a strong theoretician and a world-class software implementer. The kernel of his research was the development, mathematical analysis, and implementation of core algorithms (both serial and parallel) for some of the most important problems in numerical linear and nonlinear algebra. He made seminal contributions to several problems involving large sparse datasets and matrices that arise frequently in engineering and the physical sciences and are increasingly common in the social and biomedical sciences.

In virtually every area he touched, Stan developed new ways of thinking to construct innovative algorithms. Examples include inexact Newton methods for nonlinear algebraic systems; algorithms and software for sparse Gaussian elimination; iterative methods and preconditioning methods for large systems of linear equations; and fast and robust algorithms for eigenvalue and singular value decompositions. For the latter work, he and his former student Ming Gu (winner of the 1996 Householder Award for best Ph.D. dissertation on numerical linear algebra) were recipients of the SIAM Activity Group on Linear Algebra Best Paper Prize in 1997. In 2018, Stan was designated a SIAM Fellow “for development and analysis of fast computational algorithms for linear and nonlinear systems of equations.”

Throughout his career, Stan was a mentor and éminence grise for multiple generations of young scientists who passed through Yale under the aegis of the Yale Center for Research Computing (which Stan co-directed with Martin Schultz). People left meetings with Stan feeling that his comments had shaped some of their most significant research contributions. Importantly, much of Stan’s work found its way into widely used software such as Matlab, Mathematica, and R, so it will have lasting impact on computational scientists for generations to come.

Reading the dozens of tributes to Stan made available on a site through the Computer Science department after he died is to gain some measure of his influence and to suggest a model for what a great teacher is. Former students praise his life-changing teaching (“He was one of the best teachers I had at any level—preschool or beyond—indeed perhaps the single best”). Present students, in a chorus, praise his inspiration (”he made me want to reach his level of mastery”); his brilliant teaching (“infectiously enthusiastic and passionate”); his constant search for even better teaching approaches (“he taught the class for 30 years but was always trying to do a better job”); his willingness to meet students wherever they were (“he would give me a tip that would move me forward exactly the right amount”); his lasting influence (“many Yale alumni I’ve met through the technology industry have mentioned his incredible impact”); and his ability to inspire devotion through his devotion (“I wanted to succeed not just for myself but for him”). Reading these pages would be a good task to set for any beginning teacher at any level in any school anywhere.

It is too bad Stan did not have these to read when he was alive, but we can only hope he knew how much he was valued. As one student wrote, and as many can agree, “I was honored and blessed to have known him.”