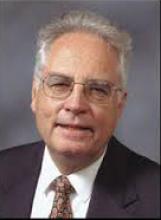 Gerhard Bowering, S.J. Philosophische Hochschule Pullach, Ph.D. McGill University, faculty member at Yale since 1984: You are a distinguished professor of Islamic Studies, with many important works to your name, who has had a life unusual for a Yale professor.

Born in Germany shortly before the start of the Second World War, you endured its trials when your father was taken prisoner and your family lost its home in the bombing of March 1945. After completing your Abitur you took your first vows as a Jesuit, and had your first contact with the Islamic world when you hitchhiked through Morocco that summer. You studied philosophy in Munich, and then went to Pakistan, first studying Urdu in Lahore, and then teaching high school in a village in Punjab province. You were ordained in 1970, after which you enrolled first at the University of Montreal and then at McGill University in Islamic studies, including Arabic and Persian.

You are one of the world’s foremost experts in Islamic mysticism, and your major books have had an important impact on shaping knowledge in the broad fields of Sufism and Quranic studies. The Mystical Vision of Existence in Classical Islam has been praised as a classic of its kind and translated into Persian. You are the editor-in-chief of The Princeton Encyclopedia of Islamic Political Thought and the author of approximately 100 articles appearing in several languages and on four continents. You have not slowed down, and currently have two major projects in hand: Islam and Christianity: The Inner Dynamics of Two Cultures of Belief, to be published by Notre Dame University Press and The Dreams and Labors of a Central Asian Muslim Mystic.

Your undergraduate students have been awed by your erudition, noting that you know or have a deep acquaintance with no fewer than eleven languages. The number of graduate students at Penn and Yale who have completed doctorates under your direction is so great that the editors of your festschrift, Light upon Light: Essays in Islamic Thought and History, decided they had to limit the number of those who could contribute essays in your honor, a fitting representation of the reach of your influence.

You were a devout Catholic from an early age and have held fast to your Catholic roots, saying that your immersion in Islam has provided you with the discovery of another set of beliefs and way of life and an enduring fascination with the Koran and “the rhythm” of Islamic culture. You are no doubt the only member of the FAS faculty who as a priest performs two services each Sunday morning.

For your enlargement of the world’s understanding of Islam, your stewardship as a teacher, and for manifesting in your life the Jesuit values of excellence, the sharing of gifts, and the care for all individuals, no matter how different their beliefs, ad majorem dei gloriam, your Yale colleagues offer you their respect and honor.