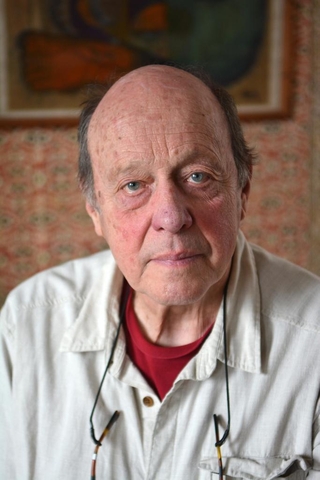 Jim Scott – Scotty – B.A. Williams College, Ph.D. Yale University, faculty member at Yale since 1976: A New York Times story about you once called you a “big thinker and stylish writer” and no person who has read you could ever disagree.

You stand out for your originality and the breadth of your reach, with appointments in Anthropology and the School of Environmental Studies as well as Political Science. With deep roots in agrarian studies, you wrote several field – and mind – altering books: The Moral Economy of the Peasant, Weapons of the Weak, Domination and the Arts of Resistance, Seeing Like a State, The Art of Not Being Governed, and Against the Grain.

Your work emphasizes people who resist being captured by states and dogmas; you, too, refuse to be captured by academic disciplines. When you received the Albert O. Hirschman Prize, the Social Science Research Council’s highest honor, the nominating committee called you “the epitome of a broad-ranging scholar with influence across a multitude of disciplines.”

You have propagated agrarian intellectual roots far and wide. In 1991 you founded the world-renowned interdisciplinary flagship program in the humanities and social sciences, the Program in Agrarian Studies, now in its thirtieth year at Yale. Famed for its graduate seminar, weekly colloquia, international conferences, and peerless postdoctoral program, your artisanal approach to cultivating ideas has been widely shared at universities across the globe, emulated by prominent tillers of academic fields across many borders.

You have no sympathy for states and experts who lose touch with everyday life. Your Seeing Like a State: How Certain Schemes to Improve the Human Condition Have Failed has been called “a magisterial critique of top-down social planning.” It analyzes the reasons why grand efforts to engineer society or the environment so often fail and castigates the hubris common to all such planning disasters. Translated into eight languages, it won several prizes. As did your later book, The Art of Not Being Governed. Your most recent book, Against the Grain: A Deep History of the First Agrarian States, which reevaluates the origins of the state, was heralded as an Economist “Best History Book of 2017.” One critic called it “history as it should be written.”

In your hands history is a craft, attentive and responsive to the world. To research Weapons of the Weak, which showed how techniques of evasion and resistance are just as significant as overt class struggle, you and your family spent fourteen months between 1978 and 1980 living in a village in Kedah, Malaysia. When you finished a draft, you returned to the village and revised the book based on the villagers’ criticisms, upending pretensions about who counts as experts.

You challenge the arrogance of states, but don’t shirk from leadership when circumstances call. You won grants for Southeast Asian Studies supporting generations of research. As president of the Association for Asian Studies you launched new directions in border-crossing scholarship. You tirelessly support intellectual life in Myanmar, founding the bilingual Independent Journal of Burmese Scholarship, and are now fighting for persecuted Burmese facing the onslaught of state violence.

In between your writing and mentoring, you are legendary for your farm in Durham, Connecticut, where you once sheared sheep and now raise chickens, graze cattle, and host farm-to-table intellectual meals. You once told the New York Times, “It’s good to have something that requires your body and leaves your mind alone.” But as you retire from active university service, your colleagues know you will be feasting at a well-set table surrounded by well-cultivated soils and souls, in a place where it is possible to do one thing today and another tomorrow, to write in the morning, teach agrarian studies in the afternoon, and host fabulous dinner parties in the evening.