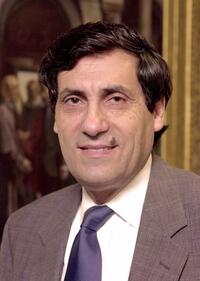 When you came to Canada from Italy as a teenager you spoke not a word of English. Nevertheless, through persistence and resolve, you graduated from the University of Toronto and became a medievalist whose extensive writings, in English as well as in Italian, address all periods of Italian literature. Your books include The World at Play in Boccaccio’s Decameron, The Worlds of Petrarch and The New Map of the World: The Poetic Philosophy of Giambattista Vico, and in these volumes you take up for readers three of the greatest figures from the fourteenth to the eighteenth century.

But while you have written about and taught these grand figures, you are known at Yale and far and wide as a Dantista, one of the foremost authorities in the world on Dante. Your books Dante, Poet of the Desert: History and Allegory in the Divine Comedy and Dante’s Vision and the Circle of Knowledge are classics of their kind. Your critical essays and your Norton edition of Dante’s Inferno are influential documents for Dante students and teachers. Mention of these leaves out your scores of introductions, forewords, afterwords, epilogues, editions, prefaces, and articles on many aspects of Italian literature, including but not confined to Dante, too numerous to detail, but we cannot omit a reference to Cosmopoiesis: The Renaissance Experiment, as you extended your wide-ranging focus to authors and thinkers of the sixteenth century.

You have been much honored, with the Premio Città di Curinga, the Ignazio Silone International Literary Prize, and honorary degrees from the Catholic University of America and St. Michael’s College of the University of Toronto, along with a coveted Sterling Professorship at Yale. But perhaps your most honored prize for this particular tribute is the award of the Harwood F. Byrnes/Richard B. Sewall Prize for Distinguished Teaching, one of Yale’s premier teaching honors.

Because of the wonders of modern technology, you have been able to share your mastery of Dante with the rest of the world. Through Open Yale Courses you taught “Dante in Translation,” an introduction to Dante and his cultural milieu through a critical reading of the Divine Comedy and selected minor works. This course –along with Reading Dante, the Yale University Press book that corresponds to the lectures –  has introduced hundreds (if not thousands) of people to one of the greatest poets of the ages, and will be part your distinguished scholarly legacy.

Finally, you have provided leadership and guidance to generations of students and colleagues in the department, serving as chair and DGS for multiple terms and overseeing dozens of dissertations. That leadership was not limited to Yale: you served as president of the Dante Society of America from 2003 to 2009, and have held key positions in other national organizations. We are grateful to you for the model of scholarship you have perfected and passed on, and for your active, generous engagement in our many communities both inside and outside the academy.