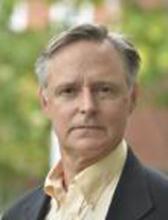 You were a pioneer in the field of francophone studies, opening it up and sustaining it through your original research (that included visits to Senegal, Mali, and Côte d’Ivoire). You have indeed led the field from the beginning, starting with your first magisterial books, Blank Darkness: Africanist Discourse in French, Theories of Africans, and continuing with the timely and void-filling The French Atlantic Triangle. You have broken a critical silence on the French slave trade and its repercussions on French literature, from the Enlightenment and beyond. You have brought to the curriculum this span of understudied literatures and cultures. More effectively, you have connected the study of francophone Africa to that of the Caribbean and to the legacy of slavery and colonization. In that spirit, you have recontextualized the posterity of the major writers of negritude, Léopold Sédar Senghor, Aimé Césaire, and Léon-Gontran Damas.

Your teaching will be difficult to replace. You made yourself known as a legendary teacher of clarity and seriousness. Your energy in and out of the classroom was contagious and generous.

You have been especially an indefatigable mentor to students, directing an unsurpassed number of dissertations. And you have placed your students in major universities in this country and abroad.

You have been the most serious of colleagues, working diligently in two departments, French and African American Studies, bringing a unique level of collaboration, and uniting these fields historically. You served, more importantly, as the memory of those departments, often focusing on their moral mission outside of the academic purpose. Now that you retire, your colleagues in both departments want to express their gratitude and infinite recognition for all your services.