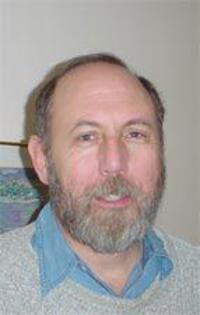 Gregg Zuckerman, B.A. Yale University, Ph.D. Princeton University, faculty member at Yale since 1979: You are an eminent mathematician whose fundamental discoveries have impacted the landscape of modern mathematics.

Your pathbreaking discovery has to do with Lie groups and their representations, a fundamental area of mathematics, with connections to geometry, topology, number theory, physics, combinatorics, and many other areas. Your work on derived functors, the translation principle, and coherent continuation lies at the heart of the modern theory of representations of Lie groups.

You are a “mathematical guru” for a younger generation of mathematicians who are working on an extensive project creating an atlas of representations of Lie groups, a project so significant that a New York Times article suggests it as one of the mathematical structures that may underlie the “Theory of Everything,” the hypothetical all-encompassing, coherent theoretical framework of physics that explains and links together all physical aspects of the universe.

The decisive progress in one of the major unsolved problems in representation theory - classification of all unitary representations of semisimple Lie groups – also relies heavily on your work, which opened a whole new direction that is now pursued by many talented mathematicians. Among them are your own graduate students, a number of whom are now well-established professors across the globe.

On your sixtieth birthday there was a major conference, “Representation Theory and Mathematical Physics,” held in your honor, with students and colleagues gathering in New Haven. Many of the papers from that conference became a book, published by the American Mathematical Society, which stands as tribute to the kind of breakthrough thinking your work and inspiration have made possible. On your seventieth birthday there was another conference celebrating you at the Ruhr-Universität in Germany – again noting you as one of the most admired and distinguished mathematicians in this important area.

You have a reputation as a living encyclopedia of representation theory, but your expertise is not restricted to that: you are thought of widely as someone to consult on mathematics in general. Moreover, you have always been intellectually ambitious, taking on the difficult problems and reaching for the big ideas even outside mathematics. In the 2000s, you began thinking about mathematics and the brain and moved from mathematical physics to brain physics, studying, with the late Willard Miranker, whether consciousness can rise from a theory of neural networks. Your paper on this work, “From Russell’s Paradox to a Theory of Consciousness,” tackles the large, controversial, and meaningful problems that bear on the boundary not just of mathematics and physics but also of philosophy.

Your mathematical - and not only mathematical - creativity is perhaps unsurprising since you come from a family where creativity is paramount. Your father was a screenwriter and novelist, your sister is a highly regarded visual artist. The ability to think creatively is in the Zuckerman family blood. You used your particular creative gifts to delve into the mysteries, beauty, and elegance of mathematics and through your work to make foundational discoveries that have impacted your field.

Your Yale colleagues are proud that you are a son of Yale, and thank you for thinking on a large scale, advancing frontiers, and working to break established conventions in the process of new discoveries.