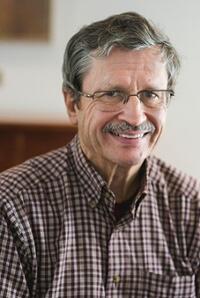 Pat McCreless, B.M. University of Michigan, Ph.D. Eastman School of Music, faculty member at Yale since 1998: You are a distinguished music theorist, and historian of music theory.

Your early analytic writings demonstrated how models of tonality, developed for small diatonic instrumental music of the eighteenth century, could richly illuminate the large chromatic vocal repertories of the nineteenth century. From this work, including on your book on Wagner, you branched out to a wider range of topics. Fueled by a career-long engagement with poetry and poetics, you adapted multiple strains of linguistic and literary theory to excavate aspects of historical musical repertories. Your analytical work with the music of Shostakovitch, across several decades, opened up classical Russian and Eastern European music for the next generation of music theorists, seeding a now-thriving subfield. And your historically deep diagnosis of music theory’s unique institutional position showed your colleagues how to find their bearings, and assert their value, within a furiously evolving universe of humanistic inquiry.

On the wider national scene, as president of the Society for Music Theory, your wisdom and vision helped see a young academic collective through adolescence into a healthy and rich adulthood. Your commitment to musicological excellence was realized through many devoted and effective years of editorial engagement with two of academic music’s pre-eminent publications, 19th-Century Music and the Journal of Music Theory.

And you did not neglect leadership at your own institution. Your own breadth of knowledge attracted Ph.D. students whose research interests ranged broadly by historical era, geographical location, methodological orientation, and subdisciplinary affiliation, and your ability to attune to each student’s human qualities helped them find their way into secure and rewarding professional lives. And your six years of departmental leadership fortified the graduate faculty with many successful new appointments, and furnished a model of generous and productive collegiality that continues to resonate.

Since 1999 you have been choral director, organist, and director of music at the First Presbyterian Church of New Haven, applying your exemplary range and depth of musical skills to help create a strong and enduring connection between Yale and the broader New Haven community.

All of the above are meritorious facts. But they neglect something harder to define: the effects of your character and personality on your field, your teaching, your colleagues, and all those around you. Your perpetual generosity, integrity, commitment, and empathy have earned the universal admiration and love of colleagues in your department, and in the academic fields with which you are most closely associated. You are a man who has brought your own brand of “Harmony” to all that you study, all that you teach, and all that you are.