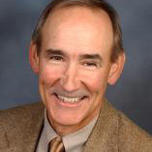 Bill Kelly, B.A. Amherst College, Ph.D. Brandeis University, faculty member at Yale since 1980: You are one of the foremost social and historical anthropologists of Japan. You began your career with a magisterial study of irrigation in the Shonai region of Japan and later expanded that work to a broader consideration of agrarian life and state and class formation in modern Japan. In your later career, your work inspired new fields of inquiry like anthropological approaches to the formation of middle classes in Asian society, particularly Japan, and the anthropology of sports and mega-events like the Olympic Games.

As a teacher you have been truly nonpareil, at every level. Your legendary Yale College courses on Japan and sports were famous for filling up beyond capacity only moments after course registration period began. Your graduate seminar for Japan scholars developed a reputation for being the preeminent space for the study of Japan in North America, and many graduate students were known to take this course multiple times. Your rigorous first-year graduate seminar on the history of the discipline of anthropology trained a generation of Yale Ph.D. students and is well-known among historians of the discipline, who regularly consult the extensive lecture notes and commentaries you made freely available online, well before the emergence of digital humanities and open access scholarship in academia.

In addition to your mentoring of students at all levels, you have been a trusted and dedicated mentor for junior faculty members, creating and expanding a system of faculty mentoring that stewarded several colleagues through Yale’s rigorous tenure process and guided younger faculty firmly but with gentle guidance and care. Little more needs to be offered to persuade anyone about the strength of your teaching and mentoring than to point out that you have won at Yale a teaching trifecta: the McCredie Teaching Award for Information Technology in Teaching in Yale College, the Harwood F. Byrnes/Richard B. Sewall Teaching Prize for distinguished teaching in Yale College, and the Graduate Mentor Award in the Graduate School of Arts and Sciences.

These are the facts. But in generalizing from them it must be said that a large part of what has made Yale Anthropology so well-known for innovating distinctive approaches to the historically informed study of contemporary Asian societies is owed to you. For decades you have been one of the sage counsellors to whom colleagues routinely turned for advice and guidance on keeping Yale eminent in East Asian Studies. You twice chaired the department with grace and rectitude, and in your second term as Chair (2006-2010) you also presided over its unprecedented growth and diversification. In recent years, you have been the key figure in maintaining connections between the department’s history and its new generations, and in generously hosting the annual gathering of students, faculty, and alumni at the meetings of the American Anthropological Association, where you know everyone and everyone knows you. In a large sense, Bill Kelly, you are a significant part of the heart and soul of Yale Anthropology.

Finally, not to be-omitted in this write up for Yale history, is your co-authorship of a 2009 book about one of your passions, golf. The book, entitled Golf at Yale: The Players, the Teams, the Course, tells the story of 114 years of Yale golf, with drawings, photographs, and commentaries on each hole. The hardcover of this book is now selling for $634 on Amazon.com! As your colleagues wish you a happy retirement, they pause to note with admiration that throughout your Yale career your grip has been firm, your swing elegant, your follow-through impressive, and your life of teaching and scholarship nothing less than a golf career Grand Slam.