Professor of Near Eastern Languages and Civilizations 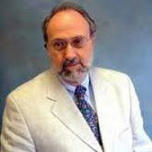 Dimitri Gutas, B.A. and Ph.D. Yale University, faculty member at Yale since 1977: You are a man of many cities. The boundaries of language and faith laid over the medieval world, such as Latin, Greek, and Arabic, or Christianity and Islam, have been more gateway than hindrance to you. The basis for much of your research has been achievements of the Hellenic mind and spirit that transcended such boundaries and exactly how that happened. Your first book, back in 1975, showed how wisdom of the ancient Greeks was translated for an Arab readership. Although philosophers tend to be more prolix than sages, you surveyed with perfect mastery centuries of their discourse in your modestly titled work, Greek Philosophers in the Arabic Tradition. You made Yale the Mecca for study of the translation of the Greek heritage into Arabic during the heyday of medieval Baghdad.

Not content to rehabilitate this myth-laden enterprise as a crucial step in the preservation and elaboration of Greek thought for later civilizations, you asked yourself what social conditions in a Muslim caliphate not only made that possible but encouraged it. Your award-winning synthesis, Greek Thought, Arabic Culture, was an instant classic, a model of concise, authoritative presentation. By now it is available in nine languages, some of which even you can’t read.

Philosophy among the Arabs was born from this translation effort and, in the absence of a Latin equivalent, a smart student in Paris in the twelfth century, bored with theology and recourse to Scripture, would have learned most of his intellectual self-reliance from Arab authors in Latin renderings. Towering among those authors was Avicenna, the eleventh-century physician and philosopher who has been your chosen favorite for decades. You are simply the greatest expert on the greatest of the Arab philosophers. Back to Athens, you demonstrated how what we know of Theophrastus, no less than Aristotle’s favorite student and anointed successor, must be put together from both Greek and Arabic puzzle pieces. And, speaking of Aristotle, his lectures on poetics have been an icon of the Western humanities since the Renaissance, but it was you who showed that a better text can be teased out using a medieval Arabic translation by a Syrian Christian who knew Greek. Your ongoing Greek and Arabic lexicon of the translation movement should be the key handbook for those hardy enough to follow in your footsteps; we pray you get from B to Y.

You have been one of Yale’s great graduate teachers, training with rigor and authentic depth a generation of Arabists readily welcomed to university appointments on both sides of the Atlantic.

You choose your cities well, from Bukhara to Cordova. You choose your company well, by preference philosophers whose books stand the test of thousands of years of close study. Knowing that they wrote many books but only for the few, they surely hoped to address readers worthy of them, such as you have been. Yale takes great pride and pleasure in honoring one of its own, who began as an undergraduate and, after a distinguished career, is graduating once again into its emeriti ranks.