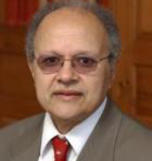 Frank Snowden, B.A. Harvard University, Ph.D. Oxford University, faculty member at Yale since 1991: You are a man of exceptionally capacious intellect and high scholarly achievement. You have enthralled your colleagues and students by your ability to express complex thoughts with luminous clarity and by the breadth of your teaching and research, which has ranged from the history of politics and social movements in modern Italy to comparative studies of epidemic diseases, public health, and the history of medicine.

You early gained distinction by your contributions to the history of modern Italy, particularly through your works on violence and great estates in the south of Italy and on the fascist revolution in Tuscany. Here at Yale you pioneered the history of epidemic disease in modern Italy in two groundbreaking books: Naples in the Time of Cholera and The Conquest of Malaria: Italy, 1900-1962. In both, you masterfully integrated biomedical knowledge of disease and the means to combat it together with social attitudes, cultural beliefs, and political agendas, showing in the case of malaria how Mussolini manipulated the threat of its occurrence to strengthen his control of the country. Your book on malaria was awarded the Gustav Ranis International Book Prize from the MacMillan Center at Yale, the Helen & Howard R. Marraro Prize by the American Historical Association as the best work on Italy in any period, and the William H. Welch Medal from the American Association for the History of Medicine.

You are widely admired as a generous and morally clearheaded citizen of Yale and the worlds of learning and public health. You chaired the Program in the History of Science and Medicine from 2008 to 2011, providing deft and effective leadership at a crucial time in its development. You influenced a number of students in both History and HSHM through your supportive guidance, and encouraged junior faculty through your wise mentorship. You were in the vanguard of the movement to enlarge the role of the faculty in the governance of Yale that led to the establishment of the Faculty Senate. You have sought to bring historical knowledge of malaria to bear on the current widespread occurrence of the disease by bringing scholars of the subject together with officials in global health. And you have been a devoted participant in the international affairs of learning, notably through service to the American Academy in Rome.

Your retirement marks the end of your remarkably productive career at Yale but not of your efforts in scholarship or the worlds of learning and public service. You are well along with a new book on the Cold War in Italy, exploring how it affected the lives of ordinary people, the American role in the suppression of the Italian left, and the impact of the Roman Catholic Church on Italian women and their families. This is an exciting, ambitious project. Having been privileged to know you as colleague, friend, and moral conscience, we would expect nothing less.