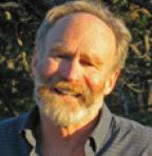 Fred Strebeigh, B.A. Yale University, faculty member at Yale since 1984: “Simply put, if you are an aspiring journalist at Yale, Fred Strebeigh is God.” That’s what one of your students attested in a comment to a piece you’d written for the Yale Daily News about why, in your opinion, Yalies write better than students at any other university in the country. In that piece, you neglected to mention that one of the primary reasons Yalies write so well is Fred Strebeigh.

Your principal areas of study have been the rise of feminist law (on which you wrote a narrative history, Equal, which won the 2010 American Bar Association’s Silver Gavel Award and which Ruth Bader Ginsberg called “a magnificent achievement”) and the work of Russian environmentalists (on which you’ve written for Smithsonian, Sierra, and The New York Times, and which has occasioned the frequently overheard comment in the English Department, “Fred is in Siberia”). The topics of your richly reported and gracefully written magazine articles have ranged from bicycles in China to mining in Antarctica to the tenacious legacy of Sherlock Holmes.

As a member of Yale’s nonfiction writing faculty, you have won both the Richard H. Brodhead ’68 Teaching Prize for Teaching Excellence by Non-Ladder Faculty and the William Clyde DeVane Award. You and your late wife, Linda Peterson, the Neil Gray Jr. Professor of English, created English 120, an introductory class on essay writing of which you became the longtime director and which has burgeoned to two dozen sections annually, nonetheless occasioning bitter disappointment in first-years who don’t win the lottery on the first try. In English 454, your legendary “Voice and Structure” class, you have trained young literary journalists for 28 years and inspired students, in their course evaluations, to call you, “brilliant,” “caring,” “passionate,” “charismatic,” “hilarious,” “ridiculously energetic,” “boundlessly enthusiastic,” “absolutely incredible,” and “amazing amazing amazing.” Anyone who has walked past the Mendell Room at Branford College on a Thursday afternoon between 1:30 and 4:00 has seen you gesturing with both hands, conducting your class as if it were a symphony, speaking nearly as fast as a tobacco auctioneer. You also have taught environmental writing at the School of Forestry & Environmental Studies.

Over the fourteen-year history of The Atlantic Monthly Student Writing Contest, your students won more than a fifth of all the nonfiction prizes. Your alums have served as the U.S. Ambassador to the United Nations and staffed The New Yorker, The Atlantic, The New York Times, The Washington Post, The Economist, Foreign Affairs, and Buzzfeed, among many other periodicals. At a time when magazines and newspapers are an endangered species, few people have done more than you to keep them alive.

Yale faculty members are often so swamped that it’s easy to say no. You always said yes. You shouldered more than your share in committees; took on extra advisees; gave workshops at The New Journal, The Globalist, the Herald, the Yale Daily News, and Sage. You also organized a series of what became known as “Strebeigh Bake-offs,” in which distinguished editors—Franklin Foer, Daniel Zalewski, David Remnick, Ilena Silverman—commented on work in Yale periodicals and made undergraduates feel their work was taken seriously.

Although we cheer your decision to devote more time to reporting in Russia and to your own writing, we are grateful that you do not plan to give up teaching entirely. American journalism needs the dedication, the zeal, and the scrupulous sense of ethics that, because you model them so beautifully, your students carry from your classroom into the world—an accomplishment that is nothing short of, “amazing amazing amazing.”