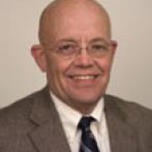 Doug Rae, B.A. Indiana University, Ph.D. University of Wisconsin-Madison, faculty member at Yale since 1967: You have demonstrated remarkable creativity and versatility over the course of a Yale career spanning more than five decades. A brilliant scholar, you have made seminal contributions to several fields of political science. The Political Consequences of Electoral Laws, published in 1967, was a field-defining work that catapulted you to the top of the discipline. In the 1970s you shifted gears to the burgeoning literature on public choice, where you proved important theorems on fragmentation and majority rule. Next, your roving curiosity took you to the literature on justice spawned by John Rawls, where you wrote a series of papers culminating in Equalities, in 1980, perhaps the best analytical treatment of its subject ever written.

During the challenging fiscal crisis of 1990 to 1991, you took a public service leave to serve as New Haven’s Chief Administrative Officer. Returning to Yale, you spent the next decade recasting the literature on urban politics and administration. This culminated in your widely acclaimed City: Urbanism and Its End, published in 2003. Today you consult for city governments in the U.S. and internationally, and you teach popular courses on capitalism and urban politics at SOM. In Yale College, your signature course, co-taught with colleagues, is “New Haven and the American City,” which has heightened the awareness of several generations of Yalies to the issues they will face as leaders in cities across the nation.

You always have had, and acted on, a strong impulse to use your remarkable skills for public improvement. As well as your service to New Haven, you helped design Spain’s electoral system in the 1970s, helped raise a number of foster children in the 1980s, and served on the board of Project More, which helps reintegrate ex-offenders into society, in the 1990s.

Yale Presidents and Provosts since Kingman Brewster and Charles Taylor have sought your counsel at critical junctures, and you have served on major University committees as well as the publications committee of Yale University Press for many years. You served as President of Mory’s in the 2010s, where you helped design a business plan to return the struggling club to viability, and have been an inveterate member of the Faculty Committee on Athletics. As you retire, your colleagues salute your example of engaged scholarship and wonderful public spirit.