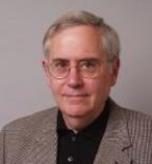 Joseph Roach, B.A. University of Kansas, Ph.D. Cornell University, faculty member at Yale since 1997: You are a towering figure in the fields of theater and performance studies. Before coming to Yale, you founded the interdisciplinary theater Ph.D. program at Northwestern, chaired the no less influential performance studies program at NYU, and for many years, secured a place for the study of drama and theater in the Tulane English Department. The visionary leadership and creative energy you brought to those institutions defined your twenty-one years at Yale, where, as a Sterling Professor, you helped transform four departments and programs (English, Theater Studies, American Studies, and African American Studies) into centers for vanguard scholarship in performance.

You are that rare ecumenical figure in a field all too easily segregated into competing intellectual and artistic commitments. A theater historian who has shaped foundational ideas of performance studies, a prolific scholar who has been a galvanizing administrator, a revered classroom teacher and dissertation director who has been equally at home in the rehearsal studio, you have brought a bracing skepticism to pedagogical conventions and disciplinary borders. It’s the rare new book in Theater or Performance Studies that doesn’t confess its debt to your field-changing ideas about the intersection of science and acting, the circulation of performance practices and ideologies in Atlantic rim cultures, and the ambiguous pleasures of celebrity. To read your major works—The Player’s Passion, Cities of the Dead, and It—is to move nimbly from eighteenth-century British drama to New Orleans Mardi Gras parades to Buffalo Bill’s Wild West Show, and to encounter figures as diverse as Samuel Pepys, Sarah Siddons, and Clara Bow. Running through all this work has been your lyrical tracing of genealogies of performance, the survival of figures and forms from one era to another, across cultures and traditions. Your notion of “surrogation,” as you have suggestively named it, has enabled spectators to identify the pathos, and recognize the opportunity, in all theater’s innate ephemerality.

As a classroom teacher, you have brought all these ideas to vivid life in courses on modern drama, political rhetoric, New Orleans, Augustan London, and post-colonial theater (among many others), drawing students from across Yale’s departments and schools. Your generosity as a mentor to generations of graduate students is legendary, especially under the auspices of the program entitled Interdisciplinary Performance Studies at Yale, or IPSY, a site for post-doctoral fellows and current graduate students in English, Comparative Literature, Dramaturgy, History of Art, Anthropology, Music, African American Studies, and American Studies to test ideas about performance.

Perhaps none of your many remarkable offerings as teacher and mentor has penetrated so deeply into your subject and reached so far across the University’s many constituencies than your DeVane Lectures in 2007 entitled “World Performance.” The thinking that animated these sessions would find embodied form over several subsequent years in the World Performance Project, the ambitious international series of theater and dance productions, workshops, and lectures you supported with your Andrew W. Mellon Distinguished Achievement Award. Thanks to your gifts as an impresario, the Yale community grew happily accustomed to seeing daring new performances from Europe, the Americas, Africa, and the Mideast. For ceaselessly working to push the boundaries of scholarship and art in a venerable institution where the wheels turn slowly, Yale offers you respect, honor, and thanks.