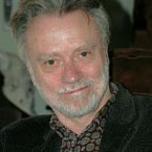 John Crowley, B.A. Indiana University, faculty member at Yale since 1993: You are a writer who humbly has garnered praise that would make most people swoon: from the Los Angeles Times to the Washington Post, you have been called, “one of the finest writers working today.” In particular, your novel Little, Big has become crucially important, with a passionate, devoted following. To read your work is to be touched by its depth of compassion and to be inspired by the worlds you have created. You are arguably the most important living writer of fantasy. You are the only author who has received both the World Fantasy Award for Lifetime Achievement as well as the American Academy of Arts and Letters Award for Literature.

You have written thirteen novels, three collections of short fiction, and two books of essays. Although Little, Big is your most famous, each of your others has people who regard it as among their favorite novels, from The Translator to Lord Byron’s Novel: The Evening Land to the novels in the Ægypt cycle and memorable pieces from your short fiction - and many others as well.  Your capacious imagination has formed complex worlds filled with complex people and has revealed the depths of human emotions for countless readers. That imagination keeps moving outward beyond boundaries of field or genre—from speculative to realist to historical fiction, from novels to short stories, from essays on Utopia to articles on the politics of discourse and the discourse of politics. You have written scripts for films and documentaries, many for public television, that have received praise and awards. It seems there is nowhere your mind can’t imagine going, can’t envision exploring.

The range of your knowledge of the possibilities and traditions of fiction has left an indelible stamp on the ways writing is taught at Yale. The range is evident in the classes you have offered over the years and in the countless concentration projects you have advised—everything from screenwriting to Utopia, from artificial intelligence to the craft of fiction. The teaching you have done has made a profound impression at Yale. Students have described you as, “one of the kindest people they’ve ever met and one of the most devoted teachers they’ve ever known.” Spurred on by your example, people want to think more, create more in order to enrich the possibilities of being human. In your most recent novel one of the characters insists, “We’re made of stories.” Your colleagues and students, your friends, all are grateful for the fact that you have made your stories so that, in turn, we can make them part of ourselves and in so doing find ourselves with a language meant to be shared.