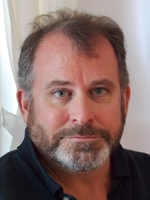 Tim Guinnane, B.A. Haverford College, Ph.D. Stanford University, faculty member at Yale since 1993: You are an economic historian, whose classical economic training is used in the service of the grand sweep of history.

The essence of your scholarship is revealed in the title of a book you edited with several colleagues in honor of the economic historian Paul David: History Matters: Essays on Economic Growth, Technology, and Economic Change. For you, history does always matter. Your work brings together an understanding of economics, economic theory, econometrics, and law to reveal important elements of the social, political, and legal circumstances that have determined our past and that influence our present.

Your approach, and its illuminations, are particularly revealed in your prize-winning book The Vanishing Irish: Households, Migration, and the Rural Economy in Ireland, 1850–1914. In this work you explore why rural Ireland experienced a drastic drop in population between the Great Famine of the 1840s and the First World War – and your answer is not the further decline in living standards that many others have believed. Rather, your analysis shows that subtle economic changes intertwining with what one critic cited as “household structure, inheritance, religion, cultural influences on marriage and family life, and emigration” led to a decline in the percentage of adults who married during this time. You go on to compare this decline to other declines in Europe, drawing out both the factors that Ireland shared with other countries and those that made Ireland distinctive.

For the outstanding scholarship that led to this history, your book received the 1998 Donald Murphy Prize from the American Conference for Irish Studies and also was one of Choice’s Outstanding Academic Titles for 1998.

In scores of refereed journal articles, reviews, and other publications, your interdisciplinary breadth and expertise in demography and finance have revealed aspects of economic history that would otherwise be misinterpreted or unknown.  One set of influential papers—“The Economics of Lending with Joint Liability: Theory and Practice,” “Thy Neighbor’s Keeper: The Design of a Credit Cooperative with Theory and a Test,” and “Cooperatives as Information Machines: German Rural Credit Cooperatives, 1883–1914”—examine the role of credit cooperatives in fostering business enterprise.

Another of your central interests lies in the historical development of business organization. Your work has demonstrated how new legal forms of enterprise emerged and how they affected economic development. Your papers in this area again show your historical range, from “German Company Law 1794–1897” to “New Law for New Enterprises: The Development of Cooperative Law in Germany, 1867–1914” to “Putting the Corporation in its Place.”

You also have brought your expertise in economic history to a multitude of book reviews and to a plethora of editorial boards, and you have widely lectured and organized conferences in service to your field.

At Yale you have followed Henry Broude as the soul of Economic History, and you crucially have been the teacher and mentor of numerous graduate students who are now distinguished scholars at universities in this country as well as at the Hebrew University, Oxford University, the University of Warwick, the University of Adelaide, and the University of the Andes. For your dedicated teaching and mentorship of graduate students you received the Graduate Teaching Award in the Department of Economics. For helping ensure that economic history has a recognized and appreciated place at Yale, and for your scholarship and devoted teaching, your Yale colleagues offer you their gratitude and warmest wishes.