A. Whitney Griswold Professor of History 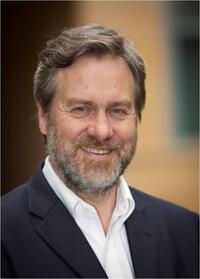 Ben Kiernan, B.A., Ph.D. Monash University, Australia, faculty member at Yale since 1990: Your field is Southeast Asian history, and you teach, do research, and publish widely in that field; but you are best known, first and foremost, as a passionate and deeply committed scholar of genocide. At Yale you are also known as the founding director of the Cambodian Genocide Program (CGP), and later the Genocide Studies Program, which conducts research, seminars, and conferences on all aspects relating to the phenomenon of genocide and has provided training to researchers from afflicted regions, including Cambodia, Rwanda, and East Timor.

You first visited Cambodia yourself in your early twenties, and the twists and turns of your experience there led to your interviewing several hundred Cambodian refugees in 1978-80, learning the Khmer language, carrying out research in Cambodia and among refugees abroad, and committing yourself as a scholar/activist to documenting the crimes of the Khmer Rouge regime and bringing the perpetrators to international justice. In 1995 a Khmer Rouge court indicted, tried, and sentenced you in absentia for “prosecuting and terrorizing the Cambodian resistance patriots.” In 1995–1997 you received $1.5 million in grants from the U.S. State Department to run a historical investigation of the crimes of the Pol Pot regime. Under your direction, the CGP established the Documentation Center of Cambodia in Phnom Penh, uncovered the archives of the Khmer Rouge secret police, and detailed the case for an international tribunal.

You are the author of many books and monographs, among them How Pol Pot Came to Power: Colonialism, Nationalism and Communism in Cambodia, 1930–1975; The Pol Pot Regime: Race, Power and Genocide in Cambodia under the Khmer Rouge, 1975–1979 ; and Genocide and Resistance in Southeast Asia: Documentation, Denial, and Justice in Cambodia and East Timor. Among your awards, Blood and Soil: A World History of Genocide and Extermination from Sparta to Darfur won the 2008 gold medal for the best work of history, awarded by the Independent Publishers Association, and the U.S. German Studies Association’s 2009 Sybil Halpern Milton Memorial Book Prize for the best book published in 2007–2008 dealing with Nazi Germany and the Holocaust in its broadest context. The book’s German translation won first place in Germany’s Nonfiction Book of the Month Prize, Die Sachbücher des Monats. Your most recent book is Viet Nam: A History from Earliest Times to the Present, a sweeping narrative which Foreign Affairs described as “pathbreaking not only in its chronological scope (from prehistory to the present) and the breadth of its sources but also in its thematic reach.”

At Yale you have been the recipient of one of the most esteemed teaching prizes, for which you were selected by graduate students themselves: the 2018 “Inspiring Yale Award” presented by the Yale Graduate School of Arts and Sciences “for being an inspiration to the Yale student body in and out of the classroom,“ a tribute, no doubt, not only to your teaching and mentoring of many graduate students, but to your work holding to account those who cause the genocide you have given your life to documenting, recording, and bringing to justice. As you keep moving between Hamden, Ct., your home country Australia, and Ireland, your colleagues thank you for your work doing the good of the world, and send you off with the Australian accolade - Bonzer!