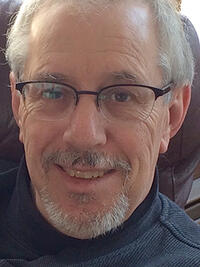 Larry Manley, B.A. Dartmouth College, Ph.D. Harvard University, faculty member at Yale since 1976: You are recognized by your colleagues at Yale, and beyond, as a truly learned man, an exemplar of the kind of scholar who helps make a university great.

Although you are widely versed in theater history and performance studies as well as in the history of literary criticism, you are best known as one of the world’s great authorities on Renaissance culture and thought, on early modern London and its literature, and on the early history of Elizabethan theater culture—three very different subjects on which you have written three powerful books.

All these books are significant, but if we were to highlight one it would likely be Literature and Culture in Early Modern London, your compendious, unrivaled story of the one-hundred-fifty-year expansion of London from the beginning of the sixteenth century to the English Revolution, in which the metropolis would shortly become the most populous city in Europe. It explores with rich detail and encyclopedic learning the different communities of London: court and capital, guildsmen and merchants, the urban poor from the countryside who swelled the city and who died there of dearth and pestilence in alarming numbers. You show how writers responded to this rapidly changing urban scene and its diverse public through pageant scripts, foundation stories, city-descriptions, moralizing pamphlets, satires, and, perhaps above all, through plays that moved between public and private theaters and showed Londoners to themselves. It is the exemplary work in the field, and it sets the highest standard for other scholars.

You have taught widely and never stodgily – you were one of the first technologically savvy English professors to incorporate video performances into your lectures, and this year, as one of your final courses, you co-taught “Global Shakespeares: Race, Gender, and the Idea of the Human.” You are perhaps best known, however, for your popular and spellbinding Shakespeare survey course that introduced generations of Yale students to the magic of the plays and poetry. Your students at first saw you as a quiet, serious professor. But they soon learned to pay close attention since you are a witty speaker with a fine sense of comic delivery whose spare utterances would often leave them laughing. Since you are a man of surprises, they might be unsurprised to hear another thing about you: when playing fighter pilot video games was not enough, you took flying lessons and acquired your license. You actually fly airplanes!

Renaissance Studies at Yale would not exist without you. You drafted the agreements with other departments, one by one, that spelled out the requirements for the joint degree, and you taught the Renaissance Studies core course. You gave the program a new and successful start; it has produced some forty Ph.D.s and has been a model for interdisciplinary studies in the humanities.

On the Humanities Divisional Committee, where you helped deliberate hirings and promotions, you were well known as an ecumenical presence, reliably wise, balanced, and dispassionate. The same was true in your home department. As one colleague put it, “Larry can be counted on to emphasize how well people think regardless of what they think.” You were often chair of search committees, and all of your colleagues looked forward to your reports. They felt that after you had summed up the candidates’ capabilities, they had been given a lucid education in the whole field. One colleague’s reaction to these reports was invariably the same. After listening, he would turn to others in the room and say about you, “Let’s just hire him!” Yale is certainly glad and lucky that it did.