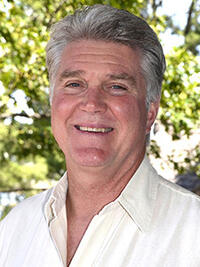 Rod McIntosh, B.A. Yale University, Ph.D. University of Cambridge, faculty member at Yale since 2006: You are a pathbreaking archaeologist, one whose findings on civilization in the Middle Niger of Mali, dating between 500 BC. and A.D. 1500, has led to major new understanding of the rise and fall sub-Saharan civilizations. Through five decades of fieldwork and analysis, the discoveries that you and your students have made, in particular through geoarchaeological techniques, have played a major role in illuminating the early history of West Africa. Your contributions in this area are second to none.

As an archaeologist your work has been foundational, in your site work and in the dozens of books, monographs, articles, and chapters that have described and explained your finds, their history, and their implications. But perhaps equally foundational has been your influence abroad. At the end of apartheid, you prevented the archaeology program at the University of Pretoria from being abolished for political reasons and you reorganized it into one of Africa’s finest centers of training and investigation - – in gratitude you hold the rank of Honorary Extraordinary Professor in the Department of Anthropology and Archaeology there. You have trained not only many American students, but also, as a visiting professor in South Africa, in Mali, Senegal, and Ghana, many African archaeologists, including instructing most of the current class of 250 archaeology majors at the University of Senegal in Dakar. You also brought talented African students to Yale’s doctoral program, including the first archaeologist from Madagascar to receive a Ph.D.

In New Haven, since you arrived from Rice University in 2006, you have been a curator of anthropology at Peabody Museum of Natural History and, since 2015, the curator-in-charge, helping to nurture, protect, and expand its important collections. You also have fought against the international trafficking in antiquities that is responsible for the destruction of so many archaeological sites in Africa and elsewhere. Organizing conferences, advising museums and international organizations, and providing advice on U.S. policy, you have worked unceasingly to stem this international problem.

All these accomplishments give Yale much pride, not only because you are a distinguished faculty member, who has done significant research, made foundational discoveries, and done good in the world, but also because you are a Yalie with strong family ties to the university: your grandfather and father are also Yale graduates, as is your son. Having started digging at age twelve, you majored at Yale in the newly formed interdisciplinary program of Archaeological Studies, graduating summa cum laude. Your interests were not all in the classroom: we know you rowed crew  - and also, we understand, made it to the Woodstock Festival and the May Day protests.

You are retiring from active university service, but not, we are certain, from your work. Always intellectually inquisitive, you have recently pivoted to new research in geophysics - the high-precision dating technique of archaeomagnetism - and through this you have found the first-ever method to identify malaria in ancient bone. Despite the attraction of the laboratory and the terrorism that continues to plague Mali, you are still determined to make one final contribution to your principal research site of Jenne-Jeno, the oldest city in sub-Saharan Africa. As you continue making important contributions to your field, and, we hope, to enjoying life, Yale salutes and thanks one of its own, whose contributions truly embody “Lux et Veritas.”