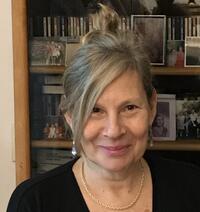 Your translations have won or have been short-or long-listed for multiple prizes, too many to record here. But those prizes only indicate what is well known in the literary world: that you are the very best at what you do, highly regarded by the most elite literary figures and publishers as being at the pinnacle of your art. No wonder that you are an in-demand speaker, panelist, discussion leader, interviewee, organizer, and chair for dozens of presentations and conferences on the art of translation: you are en haut de la liste for anything, especially literary, that requires French into English.

All the more amazing, given your great expertise and the scale of your accomplishments, that you have had the time and energy to teach a Yale course on the practice and theory of literary translation. Complementing your role as translator, your course has introduced students to the true art of translation, making certain they understand that translation requires not just rote reproduction of words but cultural awareness and sensitivity to differences between, for example, French, African, Caribbean, and Québécois authors.

How you have balanced this with being, since 1993, the managing editor of fifty-six issues of Yale French Studies, the oldest English-language journal in the United States devoted to French and Francophone literature and culture, is a matter for speculation. Each volume has a guest editor or editors and a particular theme. But the managing editor bears the burden of continuity on this distinguished publication. As your colleagues have stated, “Alyson helped editors develop their concepts for issues, vetted translations, made sure the journal kept a balance of periods, topics, and authors, and led our editorial meetings with lucid good humor and discernment. Alyson has been more than an editor:  she has been the curator of our intellectual life for twenty-nine years.”

Pourquoi traduire? A great translator does not simply translate words. A great translator is the conveyor of one entire culture to another. For being so very accomplished at this and being a fine Yale teacher and citizen as well, your colleagues offer un grand “Merci”!