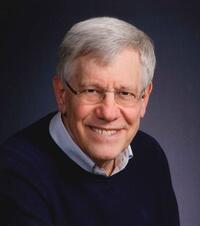 Steven Fraade, A.B. Brown University, Ph.D. University of Pennsylvania, faculty member at Yale since 1979: You are a scholar of the history of ancient Judaism – in all its variety – in Second Temple and early rabbinic times. You bring philological precision to your study of ancient texts – from the Dead Sea Scrolls to the Mishnah, from Aramaic translations of the Bible to works of rabbinic midrash – and theoretical nuance to your explication of their broader contexts.

Your literary-rhetorical analyses have changed the way scholars imagine the relationship between law and narrative, orality and literacy. At the same time, your historical contributions on such topics as ascetic piety, historiography, and multilingualism have re-shaped our understanding of the complex and porous nature of ancient Jewish society. Your monographs on rabbinic interpretation of the Bible, including From Tradition to Commentary (winner of the 1992 National Jewish Book Award for Scholarship), illuminate the literary structure and socio-historical function of early rabbinic commentary, situating rabbinic midrash within a broader landscape of late antique biblical reception and commentary. You have produced more than a hundred articles and reviews, many collected in the hefty Legal Fictions: Studies of Law and Narrative in the Discursive Worlds of Ancient Jewish Sectarians and Sages, and your much-anticipated annotated translation of and commentary to The Damascus Document was published just this year.

At Yale you have offered distinguished service as chair of Religious Studies, chair of the Program in Judaic Studies, chair of the Language Study Committee, and as a valued member of the Steering Committee of Archaia. Throughout your career, you have built bridges with faculty and students at Yale Divinity School and have forged scholarly collaborations with scholars beyond Yale – in America, Europe, and especially Israel – as attested by several co-edited volumes and visiting professorships. Awards and honors include fellowships from the Guggenheim Foundation and the Institute for Advanced Studies in Jerusalem, grants from the National Endowment for the Humanities and the American Philosophical Society, and election to the American Academy for Jewish Research and honorary Membership in the Academy of the Hebrew Language.

As field-changing and influential as your scholarship has been, it is matched by your wholehearted commitment to teaching and to the mentoring of students and younger scholars in the academy. Your graduate students work in the fields of Jewish education and publishing, and occupy professorships and chairs at leading institutions of higher learning across the globe. These students praise your unassuming wisdom and wit, your generosity with your time and attention, and your unfailing support. How fortunate we all are that you decided to change your undergraduate major from Physics to Religious Studies!

You have been a model scholar, a beloved and respected teacher, a generous mentor, and an inspiration to your colleagues at Yale and in the international academic community. We recognize that in many respects this transition is no transition at all, as your pace has not slackened and a new volume on language and translation as well as numerous articles and reviews currently under way await completion. This is perhaps no surprise, since according to the ancient rabbis, you have entered upon the two decades in a human life that are characterized by fullness and strength (Mishnah Avot 5:21)! For your deep and varied contributions to the study of ancient Jewish history, literature, language, and culture, and for your many years of devoted service to Yale and the academy, the Yale faculty honors you and offers its heartfelt thanks.