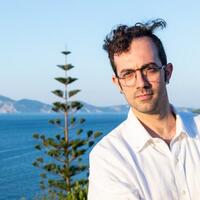 Dionysios Kalogerias joins Yale as an assistant professor of Electrical Engineering in July 2021.
Dionysios received the MEng from the Department of Computer Engineering and Informatics (CEID), University of Patras, Greece, where he also received the MSc in Signal Processing and Communications, in 2010 and 2012, respectively. He received the PhD degree with distinction from the Department of Electrical and Computer Engineering (ECE), Rutgers, The State University of New Jersey, in June 2017. After his graduation, Dionysios joined the Department of Operations Research and Financial Engineering at Princeton University as a postdoctoral research associate, where he worked on the development of computationally efficient algorithms for risk-aware optimization and learning, and also large-scale supply scale management and simulation. In June 2019, he joined the Department of Electrical and Systems Engineering at the University of Pennsylvania as postdoctoral researcher, where he worked on reinforcement learning, machine learning for wireless communications, wireless autonomy, and also risk-aware optimization for Bayesian estimation and control.
Since July 2021, and after spending one year as a tenure-track assistant professor at the Department of ECE, Michigan State University, Dionysios has been with the Department of EE, Yale University. His research focuses on enabling trustworthy and robust wireless autonomy by leveraging and developing tools spanning the areas of machine and reinforcement learning, optimization and control, signal processing, and statistical risk management.
Dionysios has received both the 2017 Rutgers ECE Graduate Program Academic Achievement Award and the 2017 Rutgers School of Engineering Outstanding Graduate Student Award for his doctoral thesis. Also, he has received the “Best Student Paper of the Special Sessions” at IEEE ICASSP 2016, and the “Best Paper Award” in IEEE ICASSP 2020.
‹ Vanessa Ezenwa up Mengxia Liu ›
Additional NavigationClose