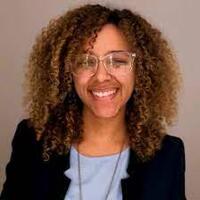 Alvita Akiboh is a U.S. historian specializing in the history of U.S. overseas colonies in the Caribbean and Pacific. She earned her PhD in History from Northwestern University and BA in History from Indiana University. Before coming to Yale, Akiboh was a postdoctoral fellow in the Michigan Society of Fellows.

Dr. Akiboh has conducted research throughout the continental United States and the overseas territories, including American Samoa, Guam, Hawai‘i, the Philippines, Puerto Rico, and the U.S. Virgin Islands. Her work has been supported by funding from a variety of organizations, including the American Historical Association, the Society for Historians of American Foreign Relations, and the Smithsonian.

At Yale, Dr. Akiboh teaches courses on U.S. history, identity, colonialism, and empire. Outside of the classroom, she is committed to mentoring and advancing students and scholars from underrepresented and marginalized backgrounds.