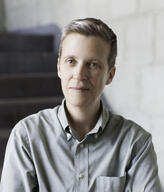 Regina Kunzel, the Larned Professor of History and Women’s, Gender, and Sexuality Studies, is an historian of the modern United States with interests in histories of gender and sexuality, queer history, and the history of incarceration. Kunzel’s most recent book, Criminal Intimacy: Prison and the Uneven History of Modern American Sexuality (University of Chicago Press, 2008), was awarded the American Historical Association’s John Boswell Prize, the Modern Language Association’s Alan Bray Memorial Book Award, the Lambda Literary Award, the Foundation for the Scientific Study of Sexuality’s Bonnie and Vern L. Bullough Award, and was a finalist for the American Studies Association’s John Hope Franklin Prize.  She is also the author of Fallen Women, Problem Girls: Unmarried Mothers and the Professionalization of Social Work, 1890 to 1945 (Yale University Press, 1993).  Kunzel is currently writing a book exploring the encounter of queer and gender-variant people with psychiatry in the twentieth-century U.S.

Kunzel received her B.A. from Stanford University and Ph.D. from Yale University. Before coming to Yale, she taught at Williams College, the University of Minnesota, and Princeton University.  She has been awarded fellowships from the American Council of Learned Societies, the Radcliffe Institute for Advanced Study, and the Social Science Research Council, and is an elected member of the Society of American Historians.