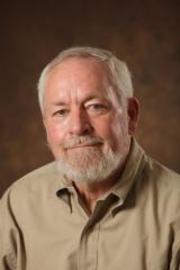 Steve Anderson, B.S. Illinois Institute of Technology, Ph.D. MIT, faculty member at Yale since 1994, after teaching at Harvard, UCLA, and Johns Hopkins: You are a renaissance linguist, fascinated with tout ce qui touche à la langue. Unique among leaders in the field, your career has been marked by continuing fundamental contributions across the areas of language science, including phonology, syntax, and especially morphology. With characteristic scholarship and precision, your work has shaped current understanding of linguistic structure, teaching us, among much else, that phonological rules can be locally ordered, that morphology is amorphous and word-based, and that clitics (and maybe even Germanic verbs) are optimal.

Your oeuvre compellingly demonstrates the importance of broadening the empirical range of linguistic investigation. You have extended the frontiers of modern linguistics to the islands of Scandinavia, the mountains of Grisons, and the Northwest Caucasus, and your voyages among the Celts of Brittany and the Kwakiutl of the Pacific Northwest have opened our eyes to the range of linguistic diversity and the profound unity of natural language. Your exploration of how the world’s languages can be counted has clarified the nature of language itself and demonstrated the parallelism between linguistic and biological evolution. You have been a powerful champion of the Chomskian program, where linguistics is the study of the human cognitive capacity for language. Your commitment to this enterprise has led you to argue that, however lovely Hugh Lofting’s story (thanks perhaps to its Connecticut provenance), Dr. Dolittle’s purported ability to talk to the animals must have been a delusion, a disappointing outcome for you, no doubt, given your love for members of the animal kingdom.

Matters historical have long been a concern of yours. Your magisterial history of phonology in the twentieth century remains the standard source. Your study of diachrony demonstrates how processes of language change can shape linguistic patterns, removing explanatory burden from the cognitive capacity and facilitating the development of a biological theory of language evolution. Linguists, psychologists, and scientists have lauded your contributions, granting you fellowship in the American Academy of Arts and Sciences, the American Association for the Advancement of Science, the Association for Psychological Science, and the Linguistic Society of America.

You have contributed immensely to professional organizations promoting language science. You served the LSA at a crucial time in its development, including an unprecedented two consecutive terms as president. You guided the society back to a healthy administrative state and helped to establish the twenty-first-century agora for open access publication that is flourishing today. For this excellent work, the LSA recognized you with its highest honor, its Lifetime Service Award. Your energy has likewise been shared with linguists across the world, whom you served as vice president of the Permanent International Committee of Linguists. You have advocated for the representation of linguistics among the sciences, working to establish and serving as chair of Section Z of the AAAS.

Your arrival in 1994 came at a delicate time for Linguistics at Yale. Through enlightened guidance and administrative wizardry, you fashioned a department that is thoroughly modern in its focus, but distinctively attentive to the field’s (and the department’s) rich intellectual heritage. You were instrumental in the creation of Yale’s Cognitive Science program. Your colleagues are grateful for your years of leadership as chair, and as we look to a future, sadly without you, your broad-ranging conception of the field will never be far from our thoughts.