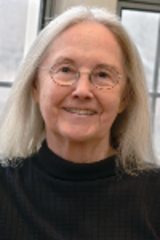 Marcia K. Johnson, B.A. and Ph.D. University of California, Berkeley, faculty member at Yale since 2000: You are an intellectual giant in cognitive psychology and cognitive neuroscience. Your ideas about how memories are formed and retrieved, and how we distinguish between real and imagined events, have influenced generations of scientists. You exemplify the highest integrity in science, and you are a selfless citizen on many levels, generously giving of your time and wisdom. You are a much-respected senior stateswoman in the field, a dream collaborator, and an inspiring role model and mentor for students, postdoctoral fellows, and faculty.

What distinguishes your scientific career is your singular talent as both a theoretician and an experimentalist. You have transformed the field with not just one but two comprehensive models of cognition, the Multiple-Entry Modular Memory Model and the Source Monitoring Framework. These theoretical advances have led the cognitive neuroscience of memory, articulating how the brain combines perceptual and reflective (memory) component processes to support the full range of human cognition, and how the brain distinguishes between real and imagined events (reality monitoring). Furthermore, your empirical work epitomizes the very best approach to cognitive neuroscience, synergistically combining strong cognitive theory with elegant behavioral designs and thoughtful application of advanced neuroimaging techniques. Your breadth of inquiry is unmatched, involving every age group and extending to patients with amnesia, alcoholism, and brain diseases. Beyond psychology and neuroscience, you have influenced other disciplines from law and policy to psychiatry and neurology.

For your significant contributions, you have been honored with an astonishing bouquet of the highest accolades possible in psychology: election into the National Academy of Sciences, the American Psychological Foundation Gold Medal Award for Life Achievement in the Science of Psychology, the American Psychological Association Award for Distinguished Scientific Contributions to Psychology, the Association for Psychological Science William James Fellow Award, and the Cognitive Neuroscience Society Fred Kavli Distinguished Career Contributions Award. Your research program has been continuously funded by awards and grants from the National Science Foundation, the National Institute on Aging (including a MERIT award), the National Institute for Mental Health, the Alzheimer’s Association, and Pew Charitable Trust. In addition, you have received the Master Mentor Award from the American Psychological Association Division 20 and the Graduate Mentor Award from the Yale Graduate School. Always on the cutting edge in building collegial environments for scientific discovery, you elevated Yale Psychology into one of the world’s most distinguished departments, having served as chair from 2006 to 2011 and as acting chair in 2003 and 2013. In 2015 more than a hundred colleagues from all over the world gathered in New Haven for a  conference honoring you with talks, panels, good food, good wine, and a wonderful spirit of community.

With such a busy research agenda, one might think you had little time to be a good citizen on this faculty. Quite the opposite. You have done yeoman’s service, not only in the department but in the University as well on the Committee on the Economic Status of the Faculty, the School of Management Advisory Committee, the Faculty of Arts and Sciences Tenure and Appointments Policy Committee, and more.

The impact of your science and mentoring reflects the nature of human cognition, which you revealed to be free and boundless over space and time. For your superb scholarship and for the work, caring, and distinction you have brought Yale in the past fifteen years, your colleagues salute you as you continue to explore the limitless mysteries of the human mind.