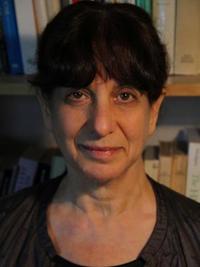 Carol Jacobs, B.A. Cornell University, Ph.D. Johns Hopkins University, faculty member at Yale since 2002: Before joining Yale’s German Department, you were a luminary in comparative literature, with distinguished scholarship in French, German, and English literature. You taught at the University at Buffalo, where you were a crucial member of their pathbreaking comparative literature program. You practice a form of reading often associated with your teacher Paul de Man, but your readings are distinctive in their rigorous pursuit of words, images, and tropes to reveal underlying assumptions. Without your work, our collective understanding of both the theory and the practice of reading literature would be significantly diminished. Your readings have illuminated epistemological problems, and thereby made great contributions to critical theory.

What sets your books and essays apart is the structure of their arguments. Instead of asserting a point and using textual evidence to confirm it, your work features, at precisely the right moment, an abrupt and perfectly staged turn of thought. This interpretive strategy entails impressive patience. Before the turn of thought, you develop an excellent characterization of the received ideas, with leading scholars duly acknowledged; and then, when the moment arrives, the weight of evidence supporting interpretive consensus is used to undermine that consensus and draw a different conclusion. This is the true spirit of dialectic, which you have perfected.

Institutionally, German’s inspired decision to hire you represents a turning point in the history of the department. Your stature in comparative literature, combined with your intellectual openness and flexibility, allowed Yale German to retain its traditional strength and emphasis on literature while transforming the department to reflect the comparative and theoretical approaches that emerged in the 1980s and 1990s. Your farsighted emphasis on established literary-critical virtues and an open-minded yet skeptical view of the shifting academic landscape kept Yale German at the forefront internationally.

As a teacher, adviser, and mentor, you always give the right advice at the right time and in the right tone. Unfailingly supportive and humane with students, you never relax your high intellectual standards. You are generous with your time, carefully applying your full critical intelligence to dissertations, prospectuses, and papers. You lead by the example of your no-nonsense attitude, in an academic world that is sometimes marred by self-importance, flattery, and jargon.

Your qualities as a mentor also inform your interactions with colleagues and your mentoring of junior colleagues. During your time as chair, the department made crucial hires, and, in the wake of changes to Yale’s tenure process, your supportive mentoring helped junior faculty find the path to promotion.

Your most remarkable qualities are your citizenship and collegiality. As chair of the Yale College Executive Committee, you took on a job “above and beyond” and did it with humanity and grace. As one member of the German department remarked, “In many years of association with her, no one has ever heard her speak an unkind word about anyone.” And no one ever heard an unkind word spoken about you. You are a legend at Yale and beyond for your integrity and professionalism, coupled with your uncompromising intellectual attitude. These are rare enough virtues to find in one person, but it’s especially rare to find them combined with compassion and kindness.