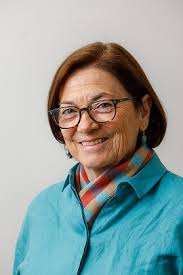 Dolores Hayden, B.A. Mount Holyoke College, M.Arch. Harvard University, faculty member at Yale since 1991, after teaching at MIT, Berkeley, and UCLA: One of the leading feminist scholars of your generation, you have explored “the power of place” in the homes and communities we build and inhabit. As an architectural critic and historian, you have told the history of our everyday cultural landscapes and the politics of their planning and design: our cities in the innovative synthesis of urban preservation, public history, and public art, The Power of Place: Urban Landscapes as Public History; our suburbs in Building Suburbia: Green Fields and Urban Growth, 1820–2000; and our sprawl in the visual lexicon of A Field Guide to Sprawl. But you have also recovered and reclaimed alternative visions of living: the communitarian experiments of your first book, Seven American Utopias: The Architecture of Communitarian Socialism, 1790–1975; and the feminist designs of The Grand Domestic Revolution: A History of Feminist Designs for American Homes, Neighborhoods, and Cities. And you have helped reshape public policy and architectural practice with your classic rethinking of the “architecture of gender” in our households and neighborhoods, Redesigning the American Dream: The Future of Housing, Work, and Family Life.

While in Los Angeles, in work that reflects your interest in the applied as well as the theoretical, you founded a nonprofit arts and humanities group called the Power of Place, galvanizing collaborative projects on such spaces as an African American midwife’s homestead, a Latina garment workers’ union headquarters, and Japanese American flower fields, and engaging citizens, historians, artists, and designers in examining and commemorating the working lives of ordinary citizens. The Power of Place—the project and the book—not only revealed the connection between people’s lives and urban landscapes but also suggested how communities and professionals can tap the power of historic urban landscapes to nurture public memory. The excellence of your work has brought you many honors, including an American Library Association Notable Book Award, two awards for Excellence in Design Research from the National Endowment for the Arts, the Donald Award for feminist scholarship, and the Paul Davidoff Award for an outstanding book in urban planning.

At Yale, you have been a wonderful teacher, opening the eyes of your students to the spaces and places around them, making them see afresh, and helping them think about the relationship of the built environment to the way people live their lives. But your story does not end there. Most people do not share the gift of architecture and poetry, but in this you are distinctive. Your beautifully written books are only a signal of your verbal acuity—for you are a fine poet. In recent years your poetry has appeared in two collections, American Yard and Nymph, Dun, and Spinner, as well as in leading journals such as Poetry, Raritan, Shenandoah, The Yale Review, Southwest Review, Slate, The Best American Poetry, and Verse Daily. As you retire, your faculty colleagues salute you for your special ability to open people’s eyes to the power of place in both poetry and prose.