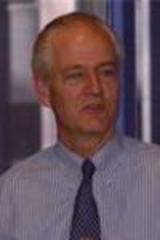 Craig Wright, B.Mus. Eastman School of Music, Ph.D. Harvard University, faculty member at Yale since 1973: You are the consummate music historian, long a leading voice in the study of European medieval and early‑Renaissance music, focusing on critical moments of historical stylistic change. Through archival scholarship laid out in lucid prose, you have unraveled many of the mysteries surrounding the origins and early development of polyphony and measured rhythm from the late 1100s through the early 1400s: the haunting sounds of the twelfth- and thirteenth-century Notre Dame organum, the stratified complexities of the fourteenth‑century polytextual motet, and the mid-fifteenth-century turn to the cyclic polyphonic mass. Your first two books, Music at the Court of Burgundy, 1364–1419 and Music and Ceremony at Notre Dame of Paris, 500–1550, won you the highest accolades that the discipline has to offer and opened our horizons to the life and work of some of the most influential early composers of the time. You were able to put human faces on names that had formerly been only abstractions, enabling us to see them now as active persons working within specific institutions, each with their own local traditions.

At the same time you have been an invaluable mentor and inspiration to countless Yale students. Your graduate seminars in early music have been legendary, and you have nurtured generations of early-music scholars who have subsequently become eminent in their own right. Equally telling have been your four decades of undergraduate teaching, in which your course MUSIC 112, “Listening to Music,” has long been a cherished staple of Yale College students. With this course you have taught more undergraduates than any other faculty member in the history of the Department of Music, opening ears and minds to centuries of grand repertory. This course led to your own textbook, Listening to Music, which has by this point gone through eight editions and shows no signs of slowing down.

In the past two decades you have been reaching out to ever-wider audiences, initially with your interdisciplinary book on architecture, music, mazes, and labyrinths, The Maze and the Warrior. More recently you have turned your attention to the phenomenon of artistic and political genius, starting with a study of Mozart and moving on to the broader concept itself. This has led to another successful, interdisciplinary course taught yearly in Yale College, “Exploring the Nature of Genius.” In 2013 your commitment to outreach led to your appointment as the first academic director of Online Education at Yale, a program now partnering with Coursera in the offering of interactive online courses (MOOCs). With you initially at the helm, the program now offers twenty such courses, one of which you yourself teach: “Introduction to Classical Music.” In that online course alone, now in progress, there are currently 56,000 active learners, and approximately 450 join in each week.

And the honors continued to accrue: in 2004, an honorary Doctor of Humane Letters from the University of Chicago; in 2010, membership in the American Academy of Arts and Sciences; in 2013, an honorary membership in the discipline’s flagship organization, the American Musicological Society; and just last year, 2016, the publication of a Festschrift gratefully dedicated to you by devoted former students and present colleagues.

For all your accomplishments and for your admirable modesty and unwavering devotion, your colleagues raise their voices in an Alleluia chorus of thanks and praise.