Carnegie Professor of the History of Art 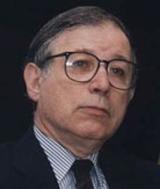 Walter Cahn, B.F.A. Pratt Institute, M.A., Ph.D. New York University, faculty member at Yale since 1965: You are truly an encyclopedic art historian. Your published work reveals a deep and sustained concern with the world of manuscripts and sculpture and the world of ideas: Your book on the Romanesque bible remains the scholarly bible for those both in and out of medieval studies; your corpus on twelfth-century French illuminated manuscripts distills a lifetime of prodigious learning and familiarity with far-flung materials; and your work on Jewish architecture and manuscripts of the Middle Ages has pioneered a path for others to follow. While manuscripts have been your constant focus, your learned essays on the west facade of Notre-Dame de Paris and the representation of heresy testify to your proficiency and expertise as an iconographer. And you have also been able to step back and place perspectives derived from Medieval material into a broader humanistic perspective: Your own masterpiece, Masterpieces: Chapters on the History of an Idea, as well as essays on Henri Focillon, your distinguished predecessor at Yale, and on the artist as outlaw and apparatchick, showcase your scholarly dexterity.

At Yale, your inspired teaching and insistence on excellence have educated a line of distinguished graduate students who now comprise the new generation of Medievalists. Within the department, you have earned a reputation as the intellectual pillar, the art historian who fully understands the historiography of the field in its widest sense and insists on the highest quality of research and interpretation. You have consistently argued for the retention of German reading knowledge and the importance of language skills for our students, and have ably steered the department’s publication endeavors. When duty called, you also pulled your weight as Chair of the department, Director of Graduate Studies, or Director of Undergraduate Studies. Throughout your time here, you have graced the department and the university with a delightful mix of gravitas and dry humor, making our work better and more enjoyable. As you move to your new chamber in the Gothic tower of SSS, we salute you and bow in respect and gratitude.