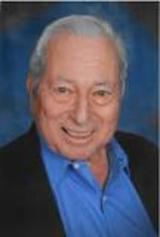 Bill Hallo, B.A., Harvard University, Ph.D., University of Chicago: you joined the Yale faculty in 1962 and since then have been Yale’s apkallu (apkal’‑lu) or “great sage,” in Assyriology. Taking half of human history as your hunting ground, you have explored the world’s oldest and longest‑lived literary, scholarly, historical, religious, and political traditions. Your hundreds of scholarly essays range, with truly extraordinary erudition, through such topics as urban history, apocalypse, Sumerian animal husbandry, monuments, haplography, hermeneutics, epistolography, prayer, royal titles, and genealogy. You brought the “archival method” to Yale, alive to the analytic possibilities of hundreds of thousands of Mesopotamian administrative records over three thousand years. You wrote a standard history of the ancient Near East. You pioneered a rational, critical method of comparison and contrast between ancient Israel and her Near Eastern neighbors. The publication series Scripture in Context and the monumental volumes titled, inversely, The Context of Scripture are just a portion of your legacy in this area. Your translation of Franz Rosenzweig’s Star of Redemption breathed new life into that arduous work and summoned forth the vanished world in which it was written.

Throughout these busy forty years, you served as curator of the Yale Babylonian Collection, one of America’s most important assemblages of ancient inscriptions and artifacts. You enlarged its facilities, built up its library and resources, enriched its holdings, ran its museum, revived and founded its publication series, and most recently saw to its becoming the first collection of its kind to enter the electronic age. And was all this not enough? You were also one of the founders of Judaic Studies. You served several terms as Chairman of the Department of Near Eastern Languages & Civilizations, tireless in support of its mission in difficult years, while still finding the energy to serve concurrently as Master of Morse College. You are one of the most successful and admired teachers in the entire discipline of ancient Near Eastern studies, training several generations of scholars, who now occupy key positions in colleges, universities, and museums in half a dozen countries on three continents. Honoring all these accomplishments as savant, teacher, curator and good citizen, your department salutes you now on your retirement, holding in mind the Mesopotamian saying, “The scholar who does not know Sumerian, what kind of scholar is he?”