Professor of the History of Art 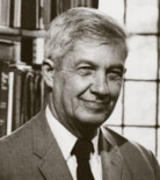 Creighton Gilbert, B.A., Ph.D. New York University, faculty member at Yale since 1981: you have distinguished yourself throughout your career as one of the world’s foremost scholars of Italian Renaissance art. Renowned for both the breadth and depth of your erudition in nearly all facets of Renaissance culture, you have delighted in discoveries of the overlooked document or out-of-the-way piece of artistic evidence that can overturn received ideas. Rightly priding yourself on freedom from preconceptions, you have refused to be constrained by commonly held opinion and have always been ready to approach every new problem in history and interpretation in a disinterested manner and with fresh eyes. To paraphrase a character in a Turgenev novel, “You share no one’s ideas. You have your own.”

Your impressive record of publication, begun at an unusually early age and too lengthy to enumerate in this brief form, has illuminated major artistic figures such as Caravaggio, Piero della Francesca and Michelangelo, and you are particularly admired for your deep and sensitive presentation of the latter’s poetry and other writings. Well known throughout the art world, your professional colleagues have honored you with appointment as editor of Art Bulletin, the pre-eminent American journal in art history, in which capacity you served as editor-in-chief longer than any other editor since World War II, and as the conscience and memory of its editorial board during your tenure. As a teacher you have been a superb mentor, as the line of undergraduate and graduate students coming to see you in your office virtually every day attests. Fellow of the American Academy of Arts and Sciences since 1964, yours is the kind of contribution the University seeks when it says it wishes on its faculty “the major scholars of the world.” As you retire from active teaching, but not, we are certain, from your research and writing, the Yale faculty proudly thanks you for being such an eminent member of this ancient and venerable “company of scholars.”