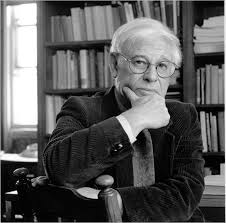 David Apter, A.B. Antioch College M.A., Ph.D. Princeton University, faculty member at Yale since 1969: you are an international scholar par excellence. Beginning as a student of Africa, you have also written with distinction about Latin America, Europe, China, and Japan—and this list does not even refer to your prize-winning contributions to social and political theory. Your seminal work in this last area, The Politics of Modernization, published in 1965, set the agenda for an entire generation in the study of comparative democratization. Many of your books have been reprinted numerous times and have been translated into various languages—and indeed it is a characteristic mark of your its enduring quality that your first book, The Gold Coast in Transition, published in 1955 and reprinted several times as Ghana in Transition, will soon be republished in a new edition as Ghana in Transition in 2000.

Clearly a student of the world, you have managed, since your arrival at Yale, to find time to be an active citizen of the University as well. Director of the Social Sciences from 1978-1982, Chair of the Department of Sociology during a critical transitional moment between 1997 and 1999, your scholarly accomplishments and visible administrative work should not detract from an appreciation of the mark you have made in other ways. Deeply dedicated partisan of intellectual interchange between people of different disciplines, you have happily frequented ISPS and the Whitney Humanities Center, and have been known as a celebrant of conferences and colloquia that bring the world to Yale and Yale to the world. Perhaps your confidence and pleasure in intellectual and social intercourse have something to do with your appreciation for Paris, which you have loved, as the song goes, in the springtime, winter, summer and fall. Knowing of this love, as you retire, the Yale faculty sends you off with a raised glass and a resounding “Salut!”