B. E. Bensinger Professor of Slavic Languages and Literatures 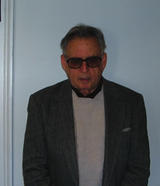 Robert Jackson, B.A, Cornell University, M.A. Columbia University, Ph.D. the University of California at Berkeley, faculty member at Yale since 1954: you are one of the most respected scholars in the field of nineteenth-century Russian prose. Your outstanding reputation, on both sides of the Atlantic, is based on your seminal contributions to the study of the great “classics” of Russian literature—namely, the writings of Gogol, Turgenev, Tolstoy, Chekhov—and above all to the fiction and thought of Dostoevsky. The writings by these authors are those in which, as Chekhov once said, “not a single problem is solved, but which satisfy you completely just because all their problems are correctly presented.” Yours has been the art of showing with tact, sensitivity, and grace the art through which that satisfaction is achieved.

In the world beyond Yale, you have been the president, founder, or co-founder of the North American Dostoevsky Society, the International Dostoevsky Society, the North American Chekhov Society, the International Chekhov Society, and the Vyacheslav Ivanov Convivium. Your role for the past two decades as director of the “Yale Conferences in Slavic Literatures and Culture” is particularly worthy of note, since through it you have organized in two decades no less than thirteen symposia and conferences dedicated to major Russian writers. Admired teacher, ever since you began your career at Yale in 1954, you have enthralled succeeding generations of undergraduates and graduate students alike with your love of Russian literature and its “overwhelming questions.” An informal count suggests that you have probably advised more PhD’s than anybody else in the your department, and you have always offered graduate students the intellectual and personal hospitality that is manifest in the humane nature of your criticism. Scholar, teacher, and mentor par excellence, as you retire to continue your research and writing, the Yale faculty gratefully acknowledges your efforts to illuminate—in the great art of one period of human history—the true nature and experience of humankind.