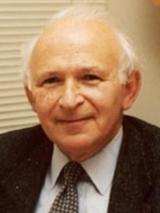 Gus Ranis, B.A. Brandeis University Ph.D. Yale University, faculty member at Yale since 1956: You were, in 1952, Brandeis University’s first valedictorian, making a speech so compelling that, as legend has it, Eleanor Roosevelt put her own aside and responded to yours. It is known that you became her friend, and a weekend at Val-Kill, surrounded by memorable discussion, no doubt whetted your appetite for more of the same high level discourse you have been cultivating ever since. You and your family immigrated to the United States to escape the Third Reich, a fact that no doubt helped make you a development economist focused not on pure economics but on how economics affects institutions and states, from the world bank to the International Labor Organization, and from the U.S. to Japan, India, Pakistan, Bangladesh, Taiwan, Latin America, the Philippines, and more. You are the author of dozens of books, monographs, editions, and articles. But you also have brought your international perspective to your nation in administrative roles: Lyndon Johnson appointed you to the U.S. Departments of State’s Agency for International development from 1965-1967 and you have been Chief of Mission for the World Bank to the Caribbean and to Bangladesh and a distinguished visitor, delegation representative, council member, and editorial board participant in panels and publications around the globe.

At Yale you directed the Economic Growth Center from 1967-1975 and the Yale Pakistan project for a year in the early seventies. But your crowning achievement was to be, for eight recent years, the Henry Luce Director of Yale’s Center for International and Area Studies, a position perfectly designed to bring your passionate globalism to bear on a growing institution in your own back yard. In this major administrative role, you tirelessly lobbied for connectedness between areas, pushing the borders of disciplines, vastly increasing the resources available for the Center’s support, and making it a vital hub of ceaseless activity. Retirement is surely a misnomer for anything that applies to you. But as you step down from formal teaching and administering, Yale wishes you in the coming years the continuation in many forms of the generative conversation you helped stimulate at Val-kill all those years ago.