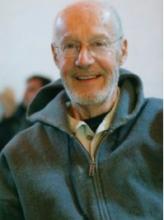 Frank Hole, B.A. Cornell College, M.A. and Ph.D. University of Chicago, faculty member at Yale since 1980: Over a span of some forty years you have traveled and carried out archaeological, ethnographic and land use research in the Near East, first in Iran and currently in Syria. Having trekked with transhumant herders across the Zagros Mountains of Iran, you pioneered the ethnoarchaeology of pastoralism and demonstrated how to recognize the faint remains of nomads in the archaeological record. In your decades of fieldwork, you traced the emergence of farming communities and explored the processes of plant and animal domestication, along with the long-term impact these changes had on the social and political structure of the prehistoric Near East. With the emergence of new technologies such as satellite imagery and fine-grained climatic markers, your work has shed light on landscape and sociopolitical and economic transformations produced by human responses to climatic change.

Always viewing theory as inextricably linked to challenging fieldwork and meticulous laboratory analysis, you have inspired generations of graduate students to follow in your footsteps. Through your abundant writings, editing of archaeology’s premier journal, prominence on national research committees and participation in conferences throughout the world, you have played a major role in shaping the discipline of archaeology as we know it. Since joining the Yale faculty, you have been central to maintaining the quality of anthropology and archaeology through your role as Chairman first of the Anthropology Department and subsequently of the Council on Archaeological Studies, as well as serving for almost a decade as the Head of the Peabody Museum’s Division of Anthropology. You have honored Yale with a quarter of a century of exemplary scholarship and service, and today as you retire from your duties—but not from your active research program—Yale honors and salutes you for your remarkable accomplishments.