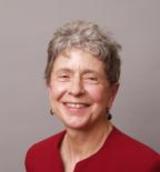 Annabel Patterson, B.A. Toronto, Ph.D. University of London, faculty member at Yale since 1994: You are, by everyone’s attestation, a Force. Prodigious scholar of 16th and 17th century British literature and history, with interest and expertise in other fields as well, you had by the time you arrived at Yale published eight books—and since then you have added four more, and a host of editions and articles besides. You came to Yale after a considerable career at York University in Canada, at the University of Maryland, where you had been Chair, and at Duke, where you had been director of graduate studies. Soon after you came to Yale you galvanized the entire job seeking process, advising students not only on their dissertations but on how to present themselves as job candidates as well. At this, as at everything you touched, you were a huge success, and unsurprisingly, the number of graduate students receiving job offers rose dramatically. You have been a sought after teacher, and an especially fine mentor to undergraduates, graduate students and colleagues, especially in your no-nonsense attitude to work: “Just Get on with it. Just do it,” were your salutary words to one and all, and many a paper, dissertation and book owes its existence to your unstinting intellectual advice and personal generosity.

Your distinction earned you a Sterling professorship, and you offered a riveting series of DeVane lectures in 2003 on your chosen topic: the history of words that are central to the American culture. Never one to compromise unduly, you spoke your views firmly and frankly, earning over the years your colleagues’—and your profession’s—affectionate respect and attention for your forthrightness. Now, as you retire, you take up an office in the Koerner Center, where it is certain many will beat a path to your door. Your colleagues are inclined to take some issue only with the title of your newest book, a Whig interpretation of history called Nobody’s Perfect. Nobody may be perfect. But as many think, regarding all she has done as scholar and professor—”Annabel is.”