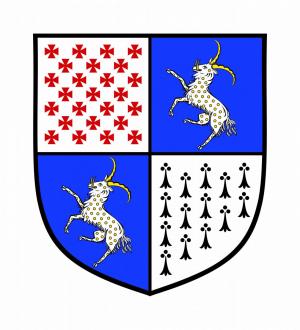 Even at this time of unprecedented disruption, our community remains a source of inspiration and motivation. The FAS is filled with brilliant and pathbreaking scholars and teachers, and during the last weeks, numerous colleagues have received national and international recognition for their contributions. Please join me in congratulating them.

We began our lockdown with the spectacular news that Gregory Margulis, Erastus L. DeForest Professor Emeritus of Mathematics, was awarded the Abel Prize in Mathematics – the field’s equivalent to the Nobel prize. In subsequent weeks, colleagues across our community were lauded for their excellence.

David Blight, Sterling Professor of American History, has been awarded the Gold Medal for History by the American Academy of Arts and Letters, the organization’s highest honor, in recognition of the eminence of his body of work, which has been decorated with honors including the Pulitzer Prize in 2019.

Yale’s History department now includes three Pulitzer prize-winners, as Greg Grandin, Professor of History, was last week awarded the 2020 Pulitzer Prize in nonfiction for The End of Myth: From the Frontier to the Border Wall in the Mind of America. (In addition to David Blight and Greg Grandin, our colleague John Gaddis, Robert A. Lovett Professor of Military & Naval History, was awarded the Pulitzer in 2012.)

A number of our colleagues have been named to important academic bodies:

FAS faculty have received national fellowships this Spring, including:

Other faculty prizes and awards celebrate the breadth of excellence in the FAS:

This list represents only represents awards and recognition brought to our attention since early March. I’m sure that there are others that we do not know of, and that there will be more to come. We encourage you to tell the FAS Dean’s Office of such honors, so that we can celebrate them with you.

It is a privilege to work with you all.

Dean, Faculty of Arts and Sciences

Professor of Psychology and Cognitive