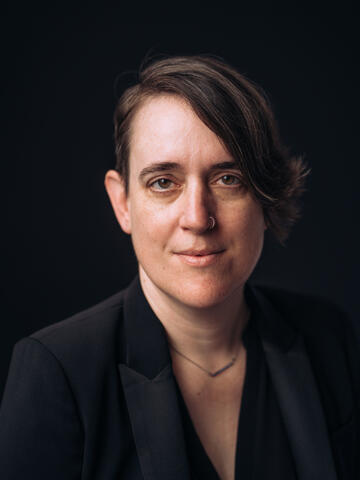 A scholar of religion in American history, Kathryn Lofton has written extensively about capitalism, popular culture, and the secular. Her earliest scholarly writing examines the history of Protestant modernism and fundamentalism in the United States and the historiography of African American religion. Her first book, Oprah: The Gospel of an Icon (2011), contends that religion is a form of a social life observable outside of scriptural traditions and nonprofit organizations. Her second book, Consuming Religion (2017), pursues the dependent relationship between religion and consumer capitalism through a series of case studies including Herman Miller, Inc., the Kardashian family, and the Goldman Sachs Group. She has served as an editor-at-large for The Immanent Frame; co-curated (with John Lardas Modern) a collaborative web project on spirituality titled Frequencies; and currently co-edits (also with Modern) Class 200: New Studies in Religion, a book series with the University of Chicago Press. In her many academic and popular essays, she argues for increased theoretical awareness of method, critical authorship, and scholarship’s relationship to fields and wider histories.

Lofton earned an A.B. in History and Religion and the Humanities from the University of Chicago in 2000, and her PhD in Religious Studies from the University of North Carolina at Chapel Hill in 2005. Prior to her arrival at Yale as an assistant professor in 2009, she taught at Reed College, Indiana University, Bloomington, and was a Fellow at the Center for the Study of Religion at Princeton University. A committed mentor of graduate and undergraduate students, she has been recognized at Yale by the 2010 Poorvu Family Award for Interdisciplinary Teaching, the 2013 Sarai Ribicoff Award for the Encouragement of Teaching at Yale College, the 2013 Graduate Mentor Award in the Humanities, and the 2018 Inspiring Yale Award for the Humanities.

Since her tenure in 2013, Lofton has worked to increase academic excellence through strengthened faculty governance, diversity, and community ethics. She served as the inaugural Deputy Dean of Diversity and Faculty Development in the FAS; she was a member of the first elected class of the FAS Senate; she chaired the University-Wide Ad Hoc Committee on Procedures for Resolving Complaints of Faculty Misconduct; and she has served as Chair of LGBT Studies, as Chair of the Program in Women’s, Gender, and Sexuality Studies, and as Chair of the Department of Religious Studies. She is currently the FAS Dean of Humanities.