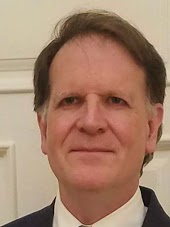 Steven Berry, David Swensen Professor of Economics, has been appointed the inaugural Jeffrey Talpins Faculty Director of the Tobin Center for Economic Policy at Yale. Berry is a renowned economist whose research analyzes industrial organization, empirical models of product differentiation, and market equilibrium.

“The faculty director of the Tobin Center will help the university to establish itself as a new force in the world of economic policy analysis. We are grateful to Jeff Talpins for his vision and commitment in supporting this exciting endeavor,” said Dean of the Faculty of Arts and Sciences (FAS) Tamar Gendler.

“The Department of Economics at Yale is world class, and Steve has long been a leader among its faculty,” said Gendler. “Steve has a meticulous approach to empirical analysis that will guide the broad vision of the Tobin Center and encourage faculty, students, and visiting researchers to think critically about the issues and debates affecting the nation today. I look forward to seeing him draw on those strengths while reaching across our social science departments, as well as to other schools and units, to shape innovative approaches to articulating data-driven economic policy.”

Berry, who holds the David Swensen chair in Economics, began teaching as an Assistant Professor at Yale in 1988. He is a Research Associate at the National Bureau of Economic Research, a Founding Fellow of the International Association of Applied Econometrics, and a Fellow of the American Academy of Arts and Sciences. He also has won the inaugural Merton J. Peck Prize (2018) for excellence in undergraduate teaching in the department of Economics and the Lex Hixon ’63 Prize for Teaching Excellence in the Social Sciences (2015) in Yale College.

The Tobin Center—named for faculty member and Nobel laureate James Tobin and supported by more than $60 million in gifts from alumni, parents, and friends of the university—will contribute to a university-wide effort to emphasize policy-oriented social science and data-driven research, with the research goal of analyzing policy options and making policy recommendations. “Recent advances in the field of big data have been revolutionary within the social sciences,” said FAS Dean of Social Science Alan Gerber. “Steve will play a key role in understanding what those changes can mean for domestic public policy research, as well as teaching. The work of the Tobin Center will be the third leg of a stool, complementing the economics research already underway at the Cowles Foundation and the Economic Growth Center, and will bring attention to a subfield that hasn’t had the focus it deserves.”

The faculty directorship has been endowed by a leadership gift from Jeffrey Talpins. “With our country facing so many critical long-term challenges, it is my hope that the Tobin Center will put Yale’s research efforts at the center of public policy debate, leading to better outcomes for society,” said Talpins.

In his role as faculty director, Berry will oversee outreach to translate the work being done at the center into the wider policy making community. “We also hope there will be a secondary benefit to that which is that our researchers, if they’re more in touch with the policy community, will think of research ideas that are more directly relevant to the world,” he said. Berry will also be responsible for convening and coordinating the activity of the Tobin Center and providing shared support services to the economics policy community at Yale for domestic policy research.

“Yale has many centers of strength. The School of Management, the School of Forestry & Environmental Studies, the School of Public Health, the Law School and, of course, the Economics department all have economists. And the Tobin Center will provide a space to draw many of these efforts together,” said Berry. “I knew Jim Tobin and I knew how excited he was to talk about economic policy as well as very deep economic research. I was also here when they opened up the connection— the Tobin lounge—between 28 and 30 Hillhouse across the street, which was intended as one step toward bringing the Economics department together and how excited Jim was about that. So, I see this as a continuation of that legacy.”

Dirk Bergemann, Douglass & Marion Campbell Professor and Chair of the Department of Economics, praised Berry as a scholar and leader. “Steve has an unusually broad spectrum of work that spans from methodological research in empirical models to very applied work in media economics, the economics of airlines and of advertising. His more recent work on demand estimation is at the core of any concern for regulation and anti-trust considerations.” He added, “The Tobin Center has the explicit mandate to support and generate research that is relevant for domestic policy issues, and Steve’s research is an excellent example of what we think the Tobin Center can achieve. We are delighted that he is willing to take on this leadership position as founding director, a substantial role that will require creativity and foresight in order to make it successful.”

“Part of the job of a center like this is just to get people to broaden their thinking a little bit, to think in a slightly different way, and to keep people focused on these very important topics relating to domestic policy,” Berry said. “I’m personally excited to push some of my research in a more policy-oriented direction.”

The Tobin Center will begin its activities in the 2018-19 academic year. The building is expected to open in 2022.